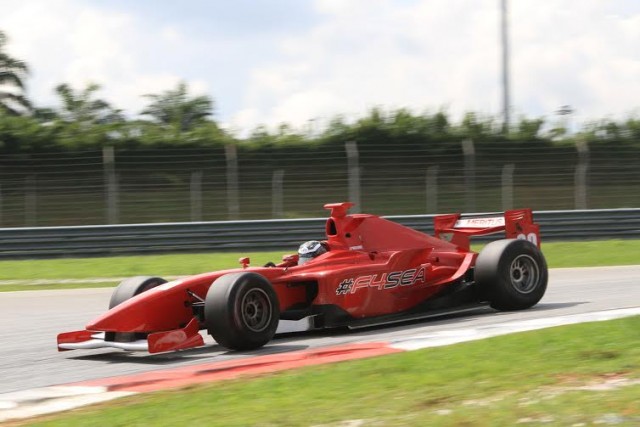 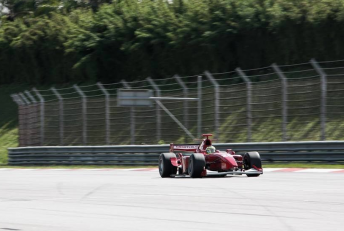 Australian single seater driver Jake Parsons has completed a test in a GP2 car at Sepang.

The Sydney racer was awarded the run in a 2006 specification GP2 car for winning the 2014 AsiaCup championship.

Parsons completed 25 laps of the Malaysian circuit in the car which was campaigned by Italian Luca Filippi in the 2008 and 2010 GP2 Asia Series.

The 21-year-old, who is set to contest the Pro Mazda Championship in America next year, was assisted by Brit James Winslow, who was acting as a driver coach for the day.

“It was an awesome experience. On the first lap I could feel there was a lot of grunt,” Parsons told Speedcafe.com.

“Previous to this the fastest thing I have driven is the Pro Mazda car so it was quite a step up as far as power and downforce are concerned.

“I found from the start that all the techniques I have learned in Formula Masters and Formula Ford are extremely relevant and it allowed me to have a good control of it.

“Having now done this I feel I have got the perspective of single seater categories out there. I feel nothing is unachievable.

“If I can win the Pro Mazda championship then the Indy Lights car isn’t going to be too different to the GP2 car so it will help with that.”

Parsons is eagerly anticipating the start of the 2016 season which will see him contest the Pro Mazda series with Juncos Racing.

“I’m feeling pretty comfortable as we have had a really good pace with the guys when testing,” he added.

“I trust the team to have a competitive car and I think we have a got a good opportunity to take out the championship.”