Home » News » Formula 1 » Mercedes: Ferrari not in possession of documents

Mercedes: Ferrari not in possession of documents 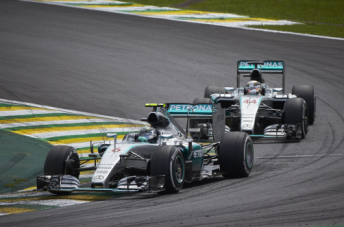 Mercedes believes confidential information regarding its engines has not been passed to Ferrari as it pursues a legal case against engineer Benjamin Hoyle.

The German firm revealed its legal proceedings against Hoyle last week which alleges that the Mercedes High Performance Powertrains employee planned to take engine data in a move to Ferrari.

Ferrari distanced itself from the allegations by claiming that Hoyle did not have a contract with the squad and will not be joining the team.

With the case ongoing, Mercedes has now issued its own statement confirming that it is confident Ferrari has not acquired any top secret information.

“There are ongoing internal investigations, regarding confidential information being removed from Mercedes by Mr Hoyle, in order to protect against potential damage to both Mercedes and any company which could potentially receive such information,” read a statement from Mercedes.

“Mercedes will continue with these investigations until it can conclude that all the confidential information is recovered, which is anticipated to take a further 2-4 months.

“The investigation has shown no reason to believe that information has been transferred to Ferrari nor have any of the court documents made any allegation regarding any inappropriate conduct by Ferrari.