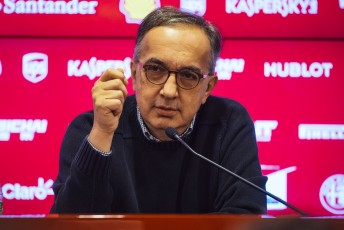 Ferrari has threatened to quit Formula 1 if the sport decides to make engine regulation changes allowing the use of budget power units.

The Italian squad has opposed Bernie Ecclestone’s plan to introduce cheaper engines from the start with the operation vetoeing a proposal earlier this year.

Since the influx of the V6 turbo charged engines in 2014, costs have skyrocketed as manufacturers bid to develop their complex power plants.

Ferrari boss Sergio Marchionne has now made the firm’s stance abundantly clear on the matter stating that the F1 powerhouse could leave the sport if engine rules are changed.

“Ferrari would find other ways to express its ability to race and to win,” Marchionne said at the official Ferrari Christmas press conference.

“It would be a huge shame (if Ferrari turned their back on F1), but Ferrari cannot be put in a corner on its knees and say nothing.

“Now, the rules are written in a way that serves lawyers, who interpret them. In November 2014, it was clear that it would be possible to use tokens for power unit development – and this was something that, in a sense, saved Ferrari’s season.

“But we need to simplify the rules and create more manageable regulations – where we should not be supported by lawyers, but by engineers, as it was a few years ago.”

The reaction comes after Ecclestone and FIA president and former Ferrari boss Jean Todt were handed more powers to make rule changes in the sport earlier this month.

One of the issues the duo intend to tackle is the cost of engines.

Marchionne says a group of current F1 manufacturers are against this latest power shift in favour of Ecclestone and Todt and its possible affect on regulations.

“It’s a choice that we obviously do not share, because we believe that the development of the regulations should be done in a coordinated manner,” he added.

“This view is also shared by the Mercedes and Renault. Here we spend hundreds of millions of Euros, so we are talking about decisions that should not be taken lightly.

“The problem is that in trying to create a power unit that is more affordable for smaller teams, we are in a way taking away from those organisations that are able to develop. And that is the reason why we go racing.

“We go to the track to prove to ourselves and to everyone our ability to manage the power unit. If we begin to undermine this advantage, Ferrari has no intention of racing.

“If we make Formula One like NASCAR, we would lose the advantage of experience in track solutions, which can then have an impact on production.”

Next Story Mercedes: Ferrari not in possession of documents