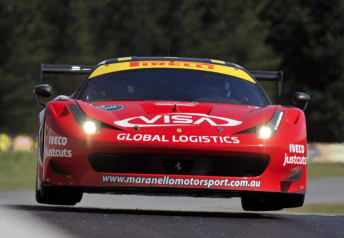 The Finn will join fellow countryman and former Formula 1 driver Mika Salo behind the wheel of the Melbourne team’s McDonald’s backed entry for the Mount Panorama GT classic.

Vilander has established himself as one of the leading lights in GT racing having won the 2014 FIA World Endurance Championship GTE Pro title with AF Corse.

The 35-year-old has also claimed two GTE class victories at the Le Mans 24 Hours with the Italian squad. 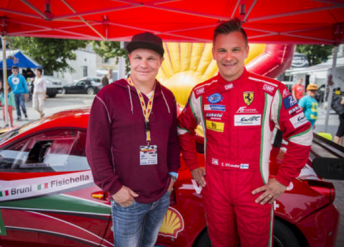 “I am very excited to be returning to Bathurst next year and I am looking forward to working with the Maranello Motorsport team,” said Vilander.

“I enjoyed my first visit to Australia this year and the chance to drive at Mount Panorama was unforgettable.

“The circuit is very challenging and the heat make it a very difficult and tough race and from a drivers perspective it is very satisfying.

“Maranello Motorsport have a great record at Bathurst and I am looking forward to returning to Bathurst and sharing the car with Mika. We should have a strong team.”

Maranello Motorsport is yet to confirm its third driver for February’s endurance, with Tony D’Alberto and Grant Denyer both understood to be in contention.

After seeing its lead entry fail to make the start of this year’s race due to a practice crash, team boss Mark Coffey believes Vilander will aid the squad’s hopes of reclaiming the Bathurst crown it won in 2014.

“Toni is a factory Ferrari driver and extremely highly rated by the factory,” said Coffey.

“His successes internationally show how strong he is and we’re proud as a team to have been able to attract two extremely high profile international drivers like Toni and Mika.

“It’s great for the event that the world’s very best sportscar and GT drivers continue to make the effort to compete. It’s going to be quite a show.

“We’re not far away from putting the final pieces of our puzzle in place and confirming our full team for Bathurst. We’re confident it’s going to be one that has the best possible shot at winning.”

Ferrari appears set to have a reduced presence in the race next year with both AF Corse and Clearwater Racing not expected to make the trip.

However, the event will see the famous Italian marque celebrated with a fleet of road cars descending on the mountain in a parade organised by Ferrari Australasia.