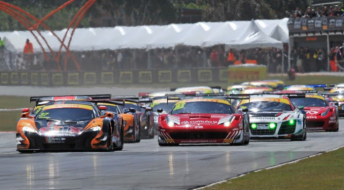 Richards will campaign a car sponsored by BMW Australia as part of a program that is designed to attract and support a fleet of customer entries.

The move is the first serious manufacturer engagement in the growing Australian GT Championship and represents a significant investment from BMW.

The pet food and chocolates baron played a part in BMW’s plans by giving up his personal M6 GT3 order, which has now been allocated to Steven Richards Motorsport.

As a result, Quinn will drive a brand new Aston Martin Vantage GT3 in the championship next season.

“Clearly from my perspective it was my absolute priority to get BMW into the series,” Quinn told Speedcafe.com.

“I think they are a critical German manufacturer that are heavily involved in motorsport. 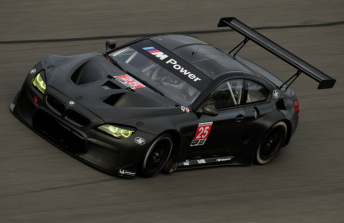 “I think it is great and it was important to get them in that is why I put in my order immediately to get them going.

“There will be no factory teams and that was strong advice from (SRO boss) Stephane Ratel and I have taken that on board.

“There can absolutely be factory supported teams but there will not be a full blown factory team.

“Australia is not big enough, they can do that in Europe. We have got a great thing happening and it is has got a big future.

“BMW are no different to Nissan, Aston Martin or Audi if they connect with the right team, we are more than happy for them to supply spare parts and make it easier for the teams to afford to go racing.”

The SRM Team BMW squad is the latest to join what is a booming period for Australian GT, and while the series is expanding Quinn says the championship will not forget its long-term competitors.

“It will be a truly highly competitive competition,” added Quinn.

“The thing we have to be aware of is we need to look after the guys that have supported the series thus far.

“We don’t want them to be railroaded by factory teams, that is not going to happen.”