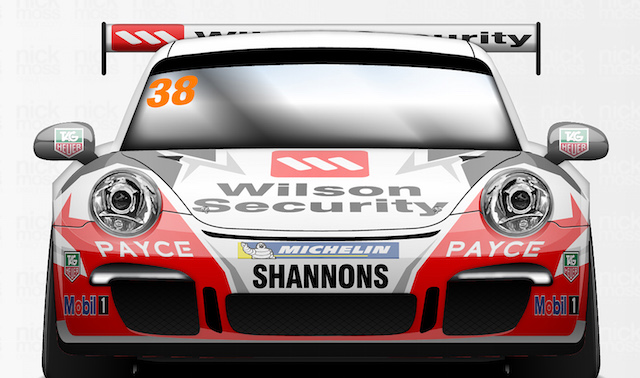 David Wall is set to return to Carrera Cup

Having spent four years with Brad Jones Racing (2012-13), Dick Johnson Racing (2014) and Volvo this season in V8 Supercars, Wall is set to re-establish himself in the one-make series.

Wall lost his seat in the #34 Volvo S60 to Nissan refugee James Moffat for 2016, allowing him to return to sports cars.

An experienced Porsche campaigner, Wall spent 2006-2008 in Carrera Cup where he was a multiple race winner and a rookie-of-the-year.

“It is no secret that I have a passion for racing sports cars, so for me the prospect of returning to Carrera Cup is an exciting one,” Wall said.

“I have already had an opportunity to test drive a current Porsche 991 GT3 Cup car.

“The whole Carrera Cup package, including grip from the Michelin tyres, is great from a driver’s point of view. It really feels like coming home.

“The category is incredibly strong at the moment – easily one of the strongest one make categories in the world – so I know it is not going to be an easy task. I am really looking forward to the challenge it offers.”

Wall will rejoin the eponymous team set-up with his late father Des Wall which saw him win two Australian GT Championships in a Porsche.

“The fact I will be returning to racing a Porsche with Wall Racing makes the move even sweeter, as does the fact that I will be able to run #38 again.

“This is the number that both my father and I have traditionally run, including when we each won our Championships,” said David.

“The move back to sports car racing is the direction I want my career to head. In addition to Carrera Cup, I am looking at a few exciting opportunities racing in categories both here in Australia and overseas,” David continued.

“Globally it is a very exciting time for GT3 racing. I have some races on my wish list that I am aiming for, and racing in Carrera Cup is part of working toward achieving that goal.”

Wilson Security and PAYCE will continue their association with Wall following their V8 association along with backing from Shannons.

“My relationship with Wilson Security and Shannons actually started back when I was in Carrera Cup. PAYCE goes back even further.”

The first official test day for David and the team is slated for February 10 at Sydney Motorsport Park.