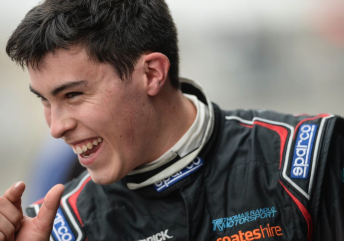 Thomas Randle has landed a test with renowned European Formula 3 outfit T-Sport at Valencia next week.

The CAMS Jayco Australian Formula 4 runner-up will take part in a two-day test at the Spanish circuit with the British team.

Randle will join up with inaugural series champion Jordan Lloyd, who is also undergoing a test with Carlin as part of his reward for winning the title.

Last year’s Australian Formula Ford Series winner is hopeful the opportunity can open doors into Europe for next season.

“I was really disappointed not to win the F4 title this year, but felt we finished the year on a high and our street circuit speed was very strong throughout the year,” said Randle. 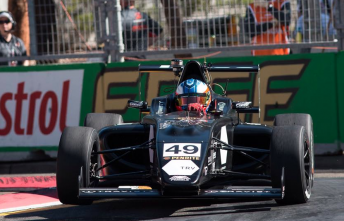 “I had no idea about the Formula 3 test and when I was told it was on I hit the simulator hard for a few days in order to learn the 4km circuit and I couldn’t wait to get over there.

“I know Russell (Eacott, T Sport team principal) runs a very competitive F3 operation and I will be in good hands for the two day test, which will be run in perfect conditions by the look of the long range forecast.

“Contesting the TRS program in New Zealand over back-to-back weekend’s earlier in the year, together with this year’s Formula 4 Championship was all about preparing for something in Europe in 2016 and I simply will not give up on my dream of racing overseas until I have given it my all.”