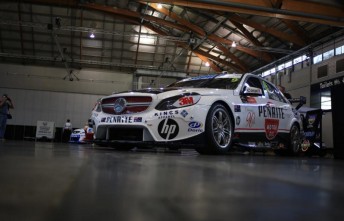 Major changes at Erebus Motorsport have kicked into high gear with the team confirming that it will move its V8 Supercars operation from Queensland to Melbourne.

Erebus’ remaining Queensland-based staff were called to a meeting on Thursday where they were informed of plans to see its V8 and GT teams consolidated under one roof.

The dramatic development follows this week’s revelation that Erebus is in talks to field ex-Walkinshaw Holdens and was contemplating a shift to the Victorian capital.

An Erebus statement provided to Speedcafe.com today confirms that arrangements to relocate are currently taking place alongside “discussions with other engine suppliers”.

Erebus has been leasing the Yatala, Queensland, workshop from Stone Brothers Racing since completing a deal to buy the former Ford team at the end of 2012.

Erebus runs its GT outfit from its own smaller workshop in Moorabbin, Melbourne, which team owner Betty Klimenko says will also be the V8 squad’s new base.

The Moorabbin workshop is likely to need investment prior to the move, with Daniel Klimenko admitting at the weekend that it currently “doesn’t suit” operating a V8 Supercars effort.

“Erebus Motorsport will compete in the 2016 V8 Supercar Championship with two cars,” Betty Klimenko said in a statement responding to Speedcafe.com’s enquiries.

“The objective is to consolidate our resources and improve performance as one team in readiness for round one of the championship in Adelaide.

“Our fans, sponsors, team, and drivers deserve that, and it’s my responsibility as the team owner to provide the most competitive package available.

“With this in mind we have decided to relocate the V8 business to our Melbourne-owned premises.

“It makes commercial sense as the team has been renting the QLD-based facility.

“This is a delicate time as we restructure and consolidate in an effort to consistently be more competitive.

“We have had to identify and assess all areas of the business to maximise performance.

“We are in discussions with other engine suppliers.

“Racing has dual purposes and as much as I love motorsport the primary objective is to be competitive on track.

“I respect and appreciate the support from our sponsors and particularly our fans during this time.

“I also want to thank the team and our staff for their continued efforts.”

Klimenko told the V8 Supercars website earlier this week that the impending major changes to the team’s structure are a knock-on effect of star driver Will Davison’s departure.

“When Will (Davison) left, someone inside the group started saying ‘they’re going down to one car and moving to Melbourne’ – so the next thing you know, another crew (member) leaves and another crew leaves, and another,” she said.

“They’ve pushed me into having to change what I’m doing next year because all I’m left with is eight staff and I don’t have enough people.”

The team had over 50 staff in the height of its SBR era, finishing 2012 with three cars in the top 10 of the V8 Supercars Championship and winning the Dunlop Series title.

Erebus initially fielded three Mercedes-AMG E63s, before scaling back to two cars for its second season and bringing development of its German-designed engine package in-house.

Although confirming intentions to run two cars, Erebus driver line-up remains under question after Ash Walsh was benched for the final two events of 2015.

David Reynolds has been confirmed as Erebus’ lead driver and may find himself with Walkinshaw equipment for the first time since leaving the team five years ago.

Next Story Pride for Jim Richards over BMW GT3 deal