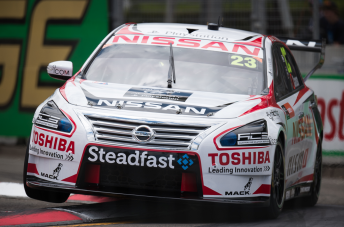 The recent exit of global Nismo marketing boss Darren Cox has delayed Nissan Australia’s efforts to lock down its future in V8 Supercars beyond 2016.

Initially slated to confirm its future strategy together with Nismo before the end of this season, Nissan Australia boss Richard Emery admits the management shake-up has been awkwardly timed.

Englishman Cox had been the driving force behind Nissan’s global motorsport programs, headlined by its troubled LMP1 effort and bold GT Academy scheme.

Emery continues to stress the need to closely engage his global colleagues in Nissan’s Australian motorsport future after previous management went very much its own way with the initial deal to join V8 Supercars.

The visit was designed to give Nismo a clear understanding of the category’s plans for its Gen2 rules, through which Nissan could replace its 5.0 litre V8 engine with a version of its V6 twin-turbo.

Although the company is expected to remain in the category, Emery notes that nothing has been officially ruled in or out while the discussions continue.

“The technical discussions in Japan in the last couple of weeks have been quite positive and they (Nismo) have certainly engaged on the technical side about the new rules in 2017.

“That was a key tick for me to get because they were quite disengaged (with the current program) because it’s not their car or engine.

“But for me to continue I need them really engaged in it and feeling that it’s their program. That’s going really well.” 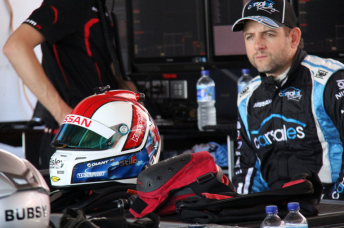 The next key meeting will take place between Emery and Nismo’s new marketing heads in Japan early next year.

Emery held similar talks in Japan during October and admits that Cox’s exit has meant that he has to effectively “tell our story again”.

“The money side of it is the conversation that has been delayed because of Darren Cox’s departure,” he said.

“That’s thrown a lot of… we were down a certain line with Darren.

“He’s obviously left the business, new guys are coming in and as with any big corporation you’ve got to take them back to step one and walk them back up again. That’s just delayed everything by a couple of months.

“It’s also the fact that in any corporation like this, when a guy who has been so omnipresent in any particular program like Darren was, there’s people as you can imagine trying to pull apart ‘how was he doing that and how did that work?

“All of that is being reviewed. Every time I have a conversation they say ‘we’d love to talk to you about it but we need to get our shit together over here first’.

“It was probably ambitious thinking that we could have it nailed by the end of this season, but with Darren’s departure, it’s put it back until after Christmas.

“I’ll go up again in January, which will be a key meeting. By then I’d want the technical guys to be able to say ‘we’ll support this activity’, which then puts pressure on the marketing guys to say yes.”

Although yet to meet face-to-face with the revised Nismo management, Emery is encouraged by recent work between the parties on GT Academy and the Bathurst 12 Hour.

Nissan confirmed at the weekend that Australia’s first GT Academy winner, Matt Simmons, will compete in the Blancpain Endurance Series next year.

Nissan Australia has meanwhile bought a brand new Nissan GT-R GT3 for the 2016 Bathurst classic, with the car set to remain in the country following the event.