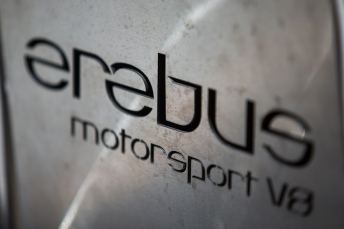 Work continues behind the scenes on Erebus’ 2016 plans

Erebus Motorsport is considering parking its Mercedes-Benz AMGs in favour of Walkinshaw Racing-built Holdens for next year’s V8 Supercars Championship.

A cloud of uncertainty hangs over Erebus’ plans following last weekend’s season finale in Sydney, where suggestions that the team may scale back to a single car and even relocate from the Gold Coast to Melbourne also circled.

Erebus finished its third season in the category on a run of 15 races without a single top 10 finish as its privately funded Mercedes package fell away from the front-running pace.

Lead driver Will Davison took a victory amid a strong run of form early in the season, before a lack of ongoing development during a period of resource rationalisation brought about the slump.

Suggestions that the team is looking to dump the burden of further development on its AMG engines in favour of a customer deal with a Holden or Ford team were rife in the Sydney paddock.

While owner Betty Klimenko declined to be interviewed when approached by Speedcafe.com, husband Daniel confirmed that the team has held talks with Walkinshaw Racing about adopting its Holden Commodore package. 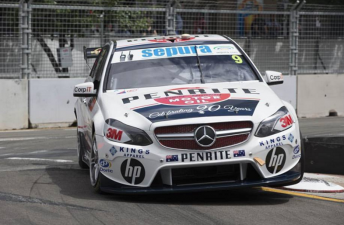 Erebus has run its Mercedes package for three seasons

Walkinshaw is currently in the midst of scaling its operation back from four cars to two, leaving it with an excess of chassis and capacity in its engine department to entertain such a scenario.

“You’d be foolish not to kick tyres and ask questions and look at all options on the table,” Klimenko told Speedcafe.com.

“We’re all going through this process in the sport where we’ve got to consolidate our spend and how we achieve things.

“With Ryan (Walkinshaw) and the boys down at Walkinshaw we’ve had a little talk. We’ve said ‘what are you guys doing’ and asked a few questions.

“We spoke with Volvo last year (as well). We went to Sweden and had a talk with them. Nothing came from it but we had a talk. There’s nothing wrong with talking.

“At the end of the day this category unfortunately survives on manufacturer involvement.

“As much as we’re not involved with Mercedes, it becomes difficult when you’ve got Mercedes brands jumping on other brands (like Mercedes brand Freightliner sponsoring Brad Jones Racing’s #14 Holden). 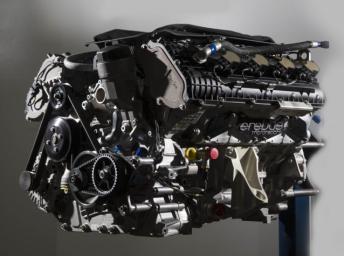 “Then it becomes a case where it’s detrimental to our brand.

“We’ve got to analyse if our journey is still with them (Mercedes), if it’s with someone else or under the Erebus banner (without Mercedes badging, which the team is licensed to use).

“All the options are on the table.”

Whether the team remains at its Yatala, Queensland, workshop or not also remains to be seen, with Klimenko revealing that Erebus plans to eventually have the V8 Supercars join its GT operation under one roof.

The key Queensland-based staff inherited by Erebus when it took over Stone Brothers Racing in late 2012 are almost all gone, with highly rated team manager Ben Croke the latest set to depart this week.

Although noting the advantages of fielding the V8s from Melbourne, Klimenko acknowledges that the team’s current Moorabbin factory would need significant upgrades to be able to accommodate a V8 Supercars team.

The requirements of its GT squad will also need to be factored into future planning, with two new AMG GT GT3s having already been ordered on behalf of customers for the new Australian season.

They will join the team’s existing AMG SLSs, which will form the basis of Erebus’ Bathurst 12 Hour attack before running alongside the new cars during the championship. 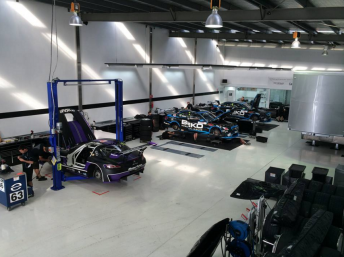 “I’d be lying if I said we weren’t looking at it as part of the evolution,” said Sydney-based Klimenko of moving the V8 Supercars team to Melbourne.

“We have a factory there that we own and we are leasing the factory in Queensland (which remains owned by Stone Brothers Racing).

“There’s areas we can consolidate if we put it under one roof, but at the moment the building we are in (at Moorabbin) probably doesn’t suit it (running a V8 Supercars team).

“Our long term goal is we want to consolidate it all into one building, but whether that’s Queensland or Melbourne hasn’t been decided.

“When you look at it from the landscape of motorsport, there’s a lot of guys in Melbourne and a lot less in Queensland.

“The Queensland teams are currently gearing up and taking on more staff (Triple Eight and DJR Team Penske), so there’s a shortage of personnel in Queensland and at the moment there’s a glut of them in Melbourne.

“But I can honestly say we have no timeframe. All we know is that our ultimate goal is where we want to be over the long term.”

David Reynolds is meanwhile the only driver currently confirmed for Erebus next season as, although having a two-year contract, Ash Walsh is thought highly unlikely to return. 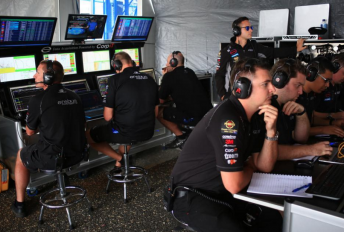 Walsh, standing, remained with the team in Sydney

Walsh somewhat awkwardly accepted V8 Supercars’ Mike Kable Rookie of the Year award at the category’s Gala dinner on Monday night after being benched for the final two events of this season.

Driven by Dean Canto at Phillip Island and Alex Davison in Sydney, the #4 Mercedes continued to carry the branding of Walsh’s personal backers Ausblue and Infants’ Friend while the sidelined Queenslander attended in a non-driving capacity.

Erebus however entered both of its Racing Entitlements Contracts for 2016 by October’s deadline, signalling a firm intention to field two cars.

“To be honest I’ve heard more of that in the paddock than I have from within the team,” said Klimenko of running just a single car. “As far as I know it’s two cars.”

Klimenko stressed that the team continues to work on sponsorship for next season as it aims to build on recent deals with Wendy’s and Penrite.