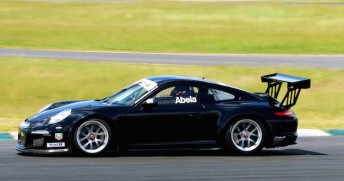 Teenager James Abela will step up to the Carrera Cup Australia next season, continuing his association with McElrea Racing.

Finishing sixth in this year’s GT3 Cup Challenge, the 17-year-old moves into the Type 991 Porsche previously campaigned by Tony Walls.

Having shown speed in the GT3 Cup and Aussie Racing Car series, team owner Andy McElrea has high expectations for his young charge.

“James has done a great job in the GT3 Cup Challenge this year and after a rocky start at Sandown due to his forceful driving style, we couldn’t be happier with his development as driver both on and off the track,” McElrea said.

“Considering he was racing go karts a year ago, his results and his rate of improvement, particularly in the back half of the 2015 championship has been extremely impressive and showed us he is ready for Carrera Cup in 2016. 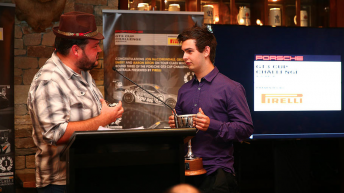 “I expect James to start the championship around the top five in Carrera Cup Pro class and our goal is two or three podium finishes in the second half of the year with a couple of race wins in the mix.”

Abela was on track in his new car at Queensland Raceway today, pounding around the 3.1km venue in hot conditions.

“Today was all about learning the new car and getting my head around the changes from my 2011 (GT3 Challenge) car to the car I will campaign in 2016,” Abela said.

“I’m very fortunate to have such an amazing team like McElrea racing behind me who understand what it takes to win races.

“They showed how they developed my team-mate Matthew Campbell from GT3 Cup Challenge race winner to a Porsche Carrera Cup championship contender and that is really promising.

“The car was amazing to drive, a little strange at first, but once I got my head around it, and the team was more confident, my times got faster and faster as the day went on.”