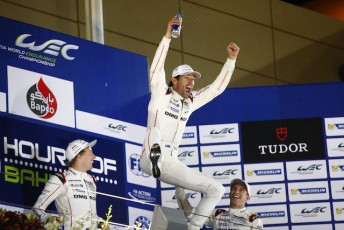 The factory Porsche LMP1 drivers, who combined with Timo Bernhard to win the FIA World Endurance Championship, were awarded the highest accolade from the BRDC at an awards ceremony in London.

Red Bull Formula 1 driver Daniel Ricciardo won the Innes Ireland Trophy, awarded to the driver who has displayed the most courage and sportsmanship during the year.

The Western Australian won the same award last year along with the Bruce McLaren Trophy. 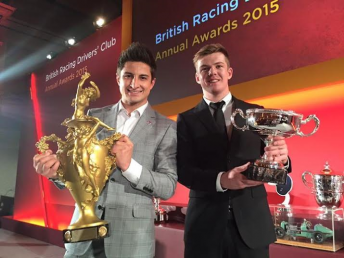 GP2 star Evans, who appears set to join Campos Racing next year, claimed the The Woolf Barnato Trophy awarded to the highest placed British or Commonwealth driver in a British car at the Le Mans 24 Hours.

Evans finished second in the LMP2 class on his Le Mans 24 Hour debut alongside Oliver Turvey and Simon Dolan for Jota Sport.

The Aucklander starred in Japanese F3 scoring seven wins on his way to the title.