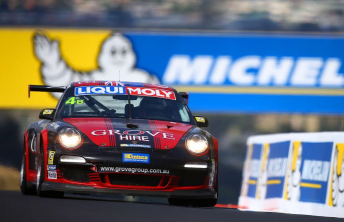 Bamber has enjoyed a breakthrough year this season highlighted by the stunning triumph at the Le Mans 24 Hour alongside F1 driver Nico Hulkenberg and Brit Nick Tandy in a third Porsche 919 LMP1.

The Bathurst confirmation comes shortly after Bamber learned that he would not have a chance to defend his Le Mans crown as Porsche announced it would scale back its 24 Hour program to two 919s.

“I wanted to do this race last year but unfortunately I couldn’t with my schedule,” said Bamber, who has enjoyed a solid campaign in the United SportsCar Championship this year.

“In 2014 with the Grove team we managed to take the class victory, so I have very fond memories of the track – it’s an amazing place and also amazing to drive a Porsche there. I’m really, really looking forward to being back.

“Some people might ask ‘why do I drive a Cup car there instead of a full spec GT3’, and I remember back in 2013 – when I just started racing in Porsche’s – that Steve was the guy who gave me a chance to come to Australia and he gave me the first chance to drive at Bathurst. 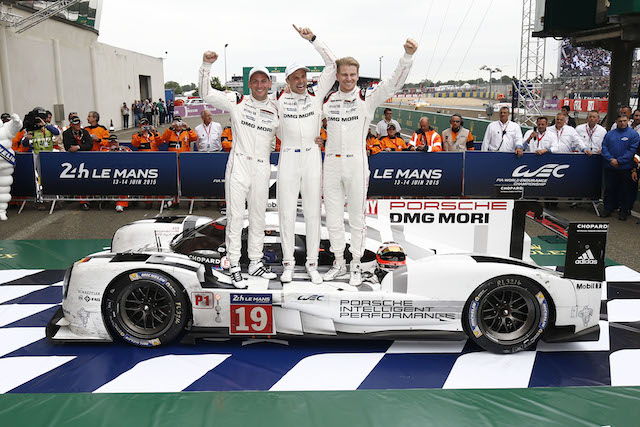 “I said ‘when I’m available you know if you want me to come drive, you’ve got the first option’, so it’s really, really nice to be back with Steve and the whole team.

“Coming from Le Mans this year, and winning it, helps me prepare for Bathurst and my full time job now is doing endurance racing.”

The Garry Rogers Motorsport ace has drriven alongside Grove, who has been a supporter of the driver’s career, in the Porsche Carrera Cup enduro this season.

Grove Racing won the Class B title in 2014 followed by a second place finish at this year’s edition.

Team owner Grove is looking forward to the prospect of driving alongside Bamber and McLaughlin as they go in search of reclaiming the Class B title.

“To team up with Scotty McLaughlin who has an enormous amount of experience in V8 Supercars, and we’ve done some racing with in recent years, will be great,” said Grove.

“To race with Earl Bamber and to team up with a Le Mans winning driver again will be awesome.

“To get the team back together for this event is very exciting.”