Mark Winterbottom has unveiled primary backing from The Bottle-O for his V8 Supercars championship defence in 2016.

The Bottle-O moves from Prodrive’s #55 entry, driven over the last four years by David Reynolds, to Winterbottom’s car for the new season.

It replaces Pepsi, which steps back following three years as primary sponsor of Prodrive’s #5 and #6 entries.

The team confirmed last month that Supercheap Auto will replace Pepsi on Chaz Mostert’s Falcon for the new season, but has yet to reveal a livery for the 2014 Bathurst winner’s car.

Prodrive co-owner Rod Nash brought The Bottle-O into the sport in 2008, running initially as a single-car Holden for then reigning Development Series winner Tony D’Alberto.

The deal continued for the following year, before Nash and the sponsor linked with Prodrive and Paul Dumbrell in 2010.

“Today is a great day for our team and The Bottle-O as we get to show the number one on our car for the first time and also reveal their involvement with Mark for next season and beyond,” said Nash.

“Every team fights to have the number one on the car and we’ve got it after years of hard work so it is great reward for everyone.

“We are launching a new era today and I want to thank The Bottle-O for their long-term commitment to my team and motorsport fans. Together we have one of the longest-serving partnerships in V8 Supercars.

“As a collective group we are aiming to defend the title and launching this car, one day after the season, shows our intention. The 2016 season has already begun.” 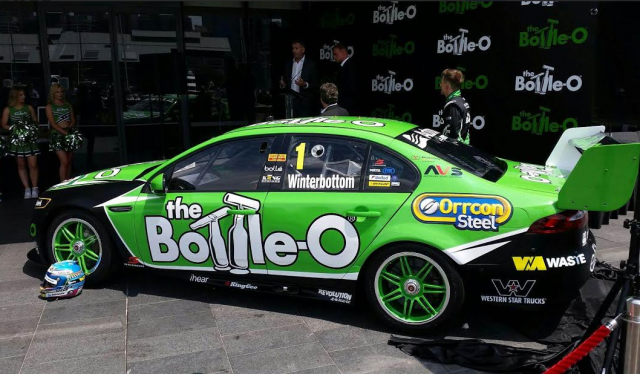 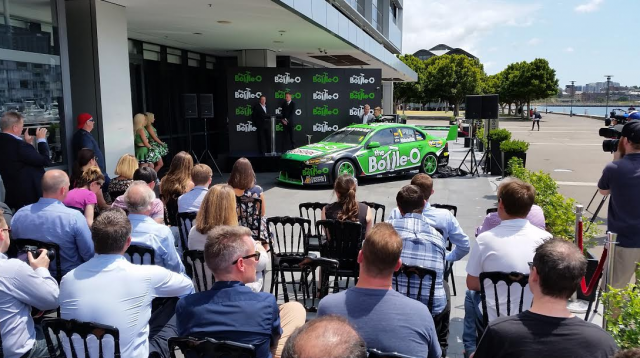 Winterbottom in his 2016 race suit

Next Story POLL: Who is your favourite V8 Supercars driver?