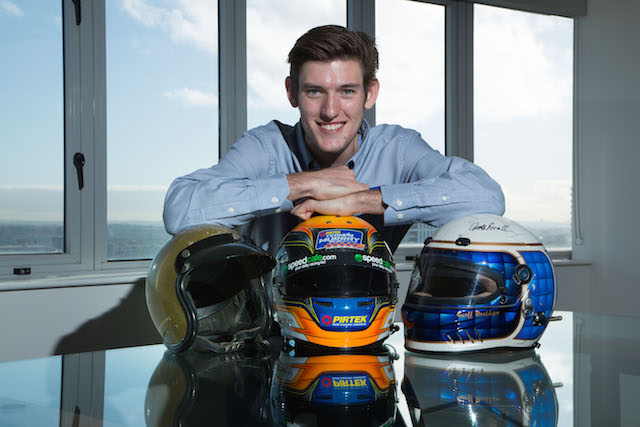 The deal will see Brabham follow in the footsteps of his grandfather Sir Jack and father Geoff who both have deep history in the Indianapolis 500.

The 21-year-old’s entry into the race will follow the Vukovich and Andretti families as the only clans who have fielded three generations of drivers in what is billed as ‘The Greatest Spectacle In Racing’.

Brabham offered his thoughts to Speedcafe.com’s Gordon Lomas and Stefan Bartholomaeus on what this momentous deal means, his family history and the determination to make an impact in the historic 100th running of the Indy 500 in the Pirtek Team Murray entry.

SPEEDCAFE: Did you feel like you needed something like this to come up to save your career in a way?

BRABHAM: I think it was definitely necessary for me to make a big push to get into IndyCar. It was absolutely necessary.

It’s been a tough year but at the same time it’s been character building.

It’s been a different outlook, looking from the outside and seeing how things operate.

I’ve always been so used to being involved in the event from a driving side.

So on the media side and the way the media portray the drivers and how they talk to people and sponsors and network and connect is something I definitely needed to work on.

My dad (Geoff) and myself have really been working on that side.

It has definitely been the perfect thing to help push us forward. 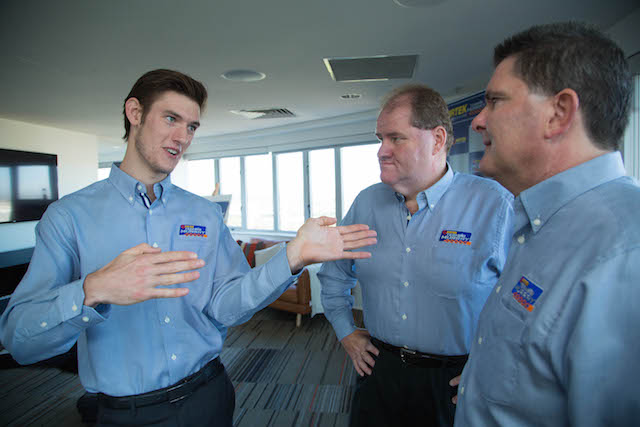 SPEEDCAFE: The fact that KV Racing Technology look like they are only going to run one car next year is probably a good thing for Pirtek Team Murray would you agree?

BRABHAM: Yeah absolutely. Talking to those guys and I’ve known them for a long while now being around the IndyCar paddock, they are going to do everything they can to make sure they get the right people around me.

I obviously would like to be one of the main focusses. I think it definitely helps.

Obviously I hope that Sebastien Bourdais and their team and everything they do throughout the year, goes well and they do a good job.

SPEEDCAFE: Will you be at every race next year with KV Racing, looking on from the garage from the start of next year?

BRABHAM: I think that is just me being around. I just want to get in and learn as much as I can.

They are pretty open to having me around on the timing stands and being part of the strategies and the engineering briefings and just learning how they operate.

That’s important leading into May, just getting to know all the guys and engineers, the mechanics and build a relationship with those guys.

It will be important going into Indianapolis knowing that we can all trust each other. 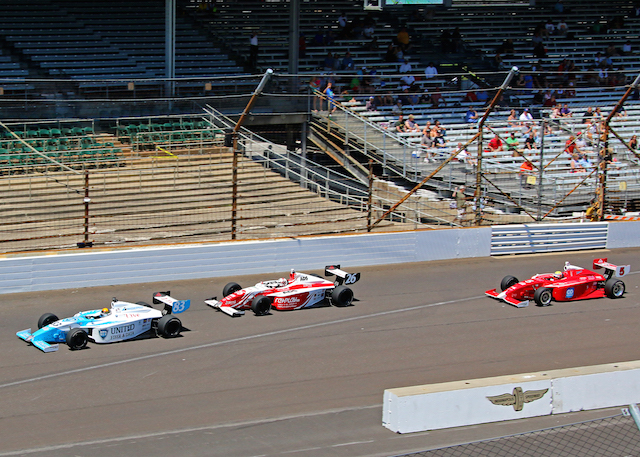 SPEEDCAFE: You’ve tested an IndyCar on a road course and an oval (with Andretti this year).

Are you more comfortable on one over the other? The 500 is the big deal but you are doing the road course race as well. Is the road course a more natural environment for you?

BRABHAM: I think I’m happy in either. I’ve won races on ovals straight away and I’ve won on road courses too.

Obviously my career has been more so on the road course side.

That is what I’ve grown up learning to do but ovals are among the most fun things I’ve done.

I didn’t have that kind of attitude before I went to America but now driving on ovals are just the coolest thing ever.

The racing is just awesome. The biggest thing for me was obviously last year the Freedom 100 (Indy Lights race) and being so close to the win, that experience and everything I learned there will help me for the 500.

I have no doubts or hesitancies with ovals.

SPEEDCAFE: Did you ever speak specifically with your grandfather (Sir Jack Brabham) about the 500 as you were coming up as a racing driver when he was still alive?

BRABHAM: Yeah I did. It’s one of those races that my grandfather kind of wished it came out as a different outcome, especially when he was talking about the big fireball in his first year driving through that in 1961.

He always thought he could have won the race with a rear engine car if things had fallen his way.

Unfortunately he had a lot of mechanical failures and wrong tyres. You could always see a little bit of frustration with him talking about the race.

My dad (Geoff) too was never quite in the right car at the right time with a chance to win.

It’s been a little bit of misfortune but it’s just the name of the game.

You can definitely see that in their eyes and the enthusiasm they have for the race and how much respect they give it.

SPEEDCAFE: Is there any specific advice you carry over from your grandfather?

BRABHAM: The biggest thing is just three words – get after ‘em.

We would talk racing and engineering and all those things around the family dinner table but before a race it just came down to those three words of advice every time.

SPEEDCAFE: You have emphasised how much you love motor racing and it is really want you want to do.

Speaking to your grandfather in his final years, he would light up when your name came into the conversation because he firmly believed that you really are committed to becoming a successful driver. Were you aware of that?

BRABHAM: I think really at first I wasn’t and didn’t know truly what everything meant. But towards the end there especially when I’d be away for a long time and come back he was just always wanting to know everything that was going on.

It didn’t matter what it was as long as it was something to do with racing he wanted to know.

I will never forget the way he would ask questions and he would be so intuitive and remember every single thing to do with what I was doing.

Obviously there were certain things, Margaret (Sir Jack’s widow) or someone would tell him things that weren’t to do with racing but those things fell on silent ears.

But then he would spark up and become enthusiastic when the conversation would turn to racing but that frustrated them because they didn’t want to talk about racing all the time. 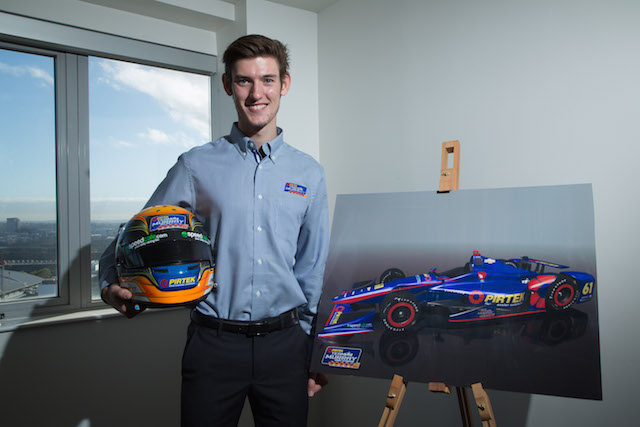 SPEEDCAFE: Do you feel that Sir Jack’s presence will be close to you throughout this whole Indy 500 campaign?

BRABHAM: Yeah absolutely. It always has been ever since I did that Freedom 100 just after he died last year.

I missed out on winning by the narrowest of margins and it was a pretty emotional time.

He’s an incredible man and I respected him for what he has done and it’s pretty cool to be a part of that legacy.

The goal is to do everything I can and do the best I can and make him proud.

SPEEDCAFE: Will you be entered as an American or Australian driver because you race with both flags on your suit.

BRABHAM: Both I think. Obviously there is a strong side bringing Pirtek over and expanding their horizons over there too.

I was born in Florida in Boca Raton but brought up on the Gold Coast.

I’m an American citizen and have an American passport but at the end of the day, I think I can represent both countries just as well.

SPEEDCAFE: Will you start preparing away from the track any differently in the winter back in the US?

BRABHAM: I think everything will just ramp up in intensity.

It is a lot easier if you are training and working out if you have something on the horizon I guess.

That fuels you and motivates you that little bit extra but I don’t think anything is going to change too much to what I was doing.

It will just become a bit more intense and more personal and the motivation is definitely going to be on the rise.