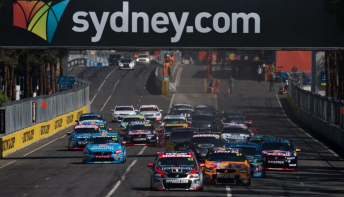 Two points penalties and an exclusion have been handed down in the aftermath of the V8 Supercars season finale at Sydney Olympic Park.

Jack Perkins’ Lucas Dumbrell Motorsport Holden has been removed from the results after breaching the 17psi minimum tyre pressure regulations.

Substituting for Nick Percat throughout the weekend, Perkins had finished just 21st after spending five laps in the garage with brake issues.

The Altima was turned around at Turn 2 on the 74th and last lap while the pair battled for 12th place.

Despite the penalty, Courtney remains 10th in the final standings after a season where he missed three events through injury.

Erebus Motorsport has meanwhile been docked 30 teams’ championship points after a wheel nut rolled into the fast lane during Will Davison’s first pitstop.

The team has also copped a $3,000 fine for the error, which came in Davison’s last race for the team.

A ‘no breach of rules’ verdict was also handed down following a pit issue at Nissan Motorsport that saw Moffat’s rear wing snag its overhead gantry, sending mechanics ducking for cover.