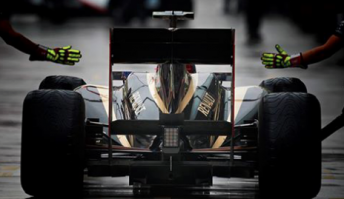 Renault will takeover the Lotus F1 squad next year

Renault has confirmed it will return to Formula 1 with its own team next year after completing its takeover of the Lotus F1 outfit.

The French manufacturer has been involved in prolonged talks with the struggling Enstone operation which have now concluded with Renault signing principal contracts to takeover the squad.

Renault has announced that it will continue to finalise the acquisition in the coming weeks.

Chairman and CEO Carlos Ghosn, who admits the firm considered leaving the sport after almost 40 years of involvement, says Renault is fully focussed on returning to the front of the F1 grid.

“Renault had two options: to come back at 100 percent or leave,” said Carlos Ghosn, Chairman and CEO, Renault.

“After a detailed study, I have decided that Renault will be in Formula 1, starting 2016. The final details supplied by F1’s main stakeholders gave us the confidence to accept this new challenge.

“Our ambition is to win even if it will take some time.”

Prior to the takeover Lotus announced that Pastor Maldonado will lead its 2016 driver line up alongside rookie Jolyon Palmer, who has been promoted from the role of reserve driver.

Renault will reveal more details of its program in January.