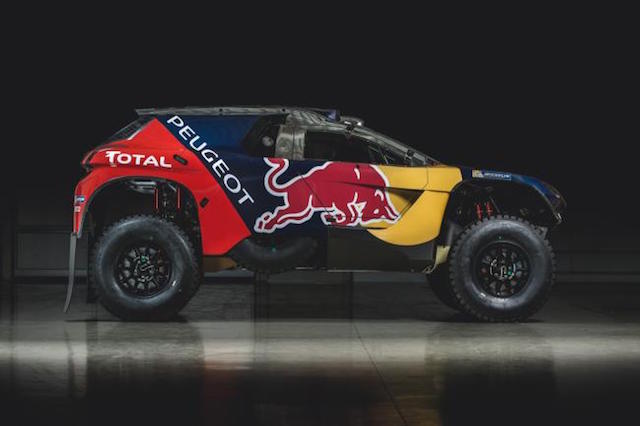 The Peugeot Total team that will field a host of stars including Sebastien Loeb has uncovered the livery it will carry into next month’s Dakar Rally through Argentina and Bolivia.

Capped by a silver roof the flanks and bonnet are dressed in the traditional Red Bull colours of blue, yellow and red.

The Peugeot 2008 DKR16 will see Loeb, Stephane Peterhansel, Cyril Despres and Carlos Sainz all try to tame the most gruelling cross country rally in the world.

Peugeot’s livery reveal underpins the dramatic transformation the project has taken in the 11 months since it made its Dakar debut.

Complete with revised dimensions, altered weight distribution, storage for spare wheels now housed in the car’s sidepods, the 2008 DKR16 has a lower centre of gravity.

“If the car goes as well as it looks, then we are certainly set for a strong year next year! In its definitive livery, the new Peugeot 2008 DKR16 looks like it’s going really fast even when it’s standing still,” Peugeot Sport director Bruno Famin said.

“We know that our cars will definitely have a strong visual presence on the Dakar: now it’s down to us as a team to make the most of that.”

The 38th running of the Dakar starts in Buenos Aires on January 2 and runs through to January 16. 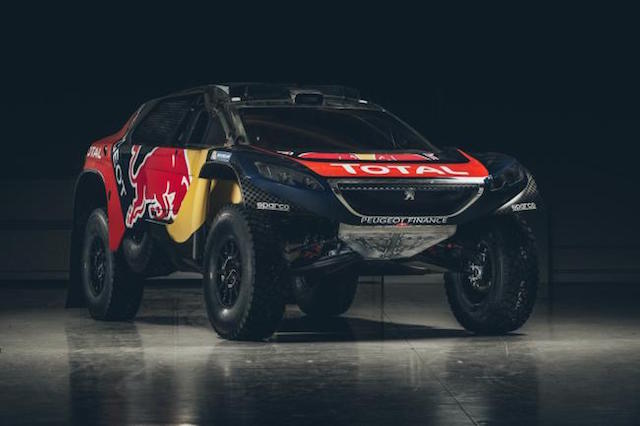