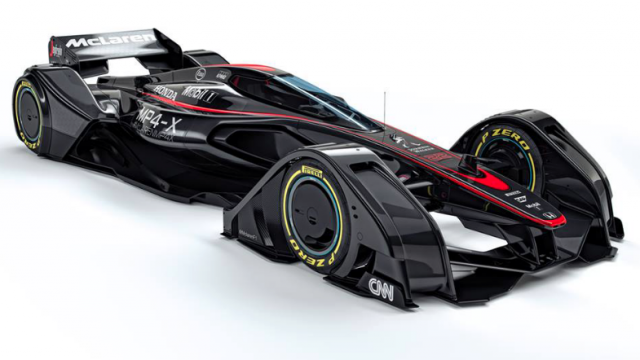 McLaren has released images of a revolutionary concept Formula 1 car featuring technology it hopes will emerge in the sport in the future.

The concept can harness alternative power sources with solar panel in-built into a chassis, which can alter its shape to cope with varying aerodynamic demands.

McLaren’s MP4-X features a jet fighter-style closed cockpit alongside advanced telemetry systems that can communicate in the event of a failure.

“With the futuristic McLaren MP4-X concept racecar, we wanted to peer into the future and imagine the art of the possible,” said John Allert, Group Brand Director, McLaren Technology Group.

“We have combined a number of F1’s key ingredients – speed, excitement and performance, with the sport’s emerging narratives – such as enclosed cockpits to enhance driver safety, and hybrid power technologies.”

“Formula 1 is the ultimate gladiatorial sport, and the future we envisage will be a high tech, high performance showcase that excites fans like no other sport.” 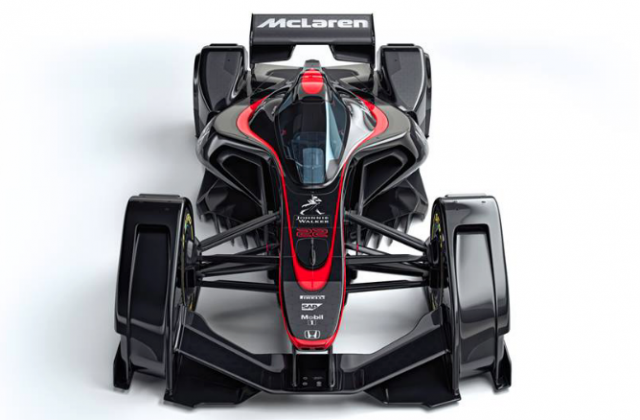 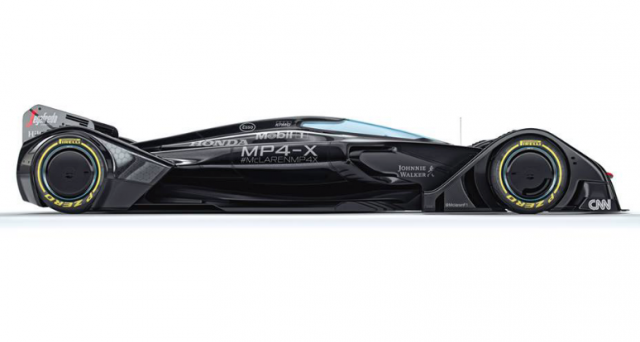