Home » News » Supercars » Extra caution at Prodrive ahead of decider

Extra caution at Prodrive ahead of decider 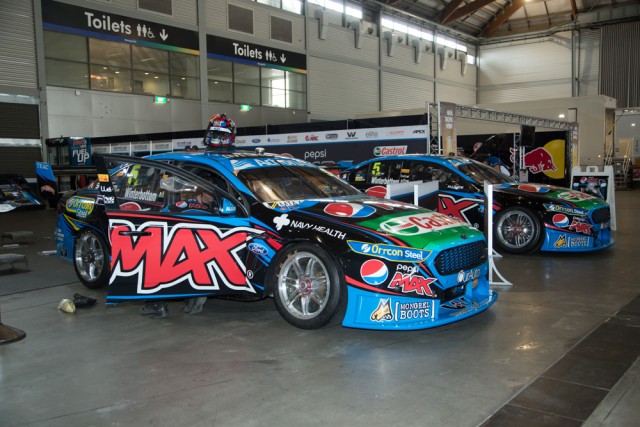 The two Winterbottom Fords in the Sydney paddock

The presence of two #5 Mark Winterbottom Fords in the Sydney Olympic Park paddock on Thursday typified Prodrive’s meticulous approach to preparations for the season finale.

Winterbottom enters the weekend on the cusp of his long awaited first V8 Supercars title, while the Melbourne-based outfit is narrowly leading Red Bull in the teams’ standings.

The team told Speedcafe.com that it dressed Steve Owen’s #6 car as the #5 in order to utilise it for a V8 Supercars media call in Parramatta on Wednesday.

The unusual move was made to minimise risk of anything happening to Winterbottom’s car, which remained safely in the Sydney paddock while Owen’s was trucked to and from the off-site location.

Team principal Tim Edwards has stressed that both cars “have the freshest possible parts possible on them for the last race”, which also promises to end Prodrive’s long run of championship near misses.

Entering the weekend with a 179 point lead over Craig Lowndes, Winterbottom has cut a relatively relaxed figure in the Sydney paddock ahead of today’s first practice session.

“There’s pressure, there’s lots of things going on, but when you get in that car it’s all going to relax,” he said earlier this week.

“I’m really looking forward to it. It’s hopefully going to be a good weekend, but there’s a lot at stake. It’s a massive weekend.”

Opening practice for the Coates Hire Sydney 500 gets underway at 1025 local time. 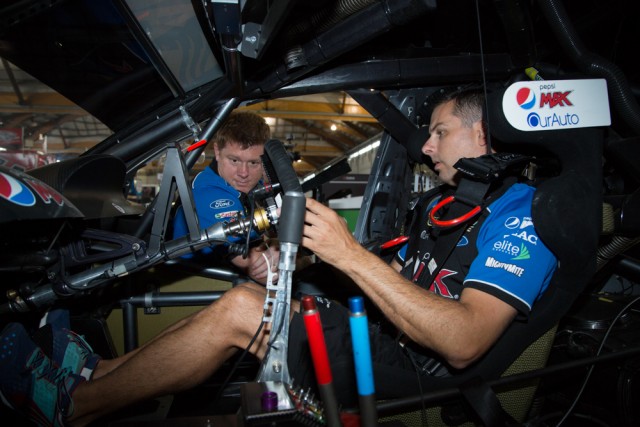