Roger Penske’s Ilmor engine firm could be utilised to fast-track a new manufacturer into V8 Supercars in 2017 if Ford does not reverse its plans to exit the sport.

This weekend marks the last official involvement for Ford in V8 Supercars, with the manufacturer having announced it’ll cut its remaining sponsorship with Prodrive at the end of the season.

Prodrive and DJR Team Penske continue to hold hope that Ford will recognise the value of the championship, where it currently commands a large fan base.

Penske has discussed Ford’s future in V8 Supercars with the new management of Ford Performance in the USA this year, but admits he’s had no direct dialogue with Ford Australia.

“We’re going to run Fords in 2016, because changing would be a cost to us that we don’t need to have,” Penske told Speedcafe.com.

“I think for 2017 we’ll take a good look with the V6 turbos and things like that, can we attract another manufacturer to join us?

“I’m hoping that Ford will at least, since we’re so committed to them on the NASCAR side, that they’d take a look at supporting us in something along with Prodrive.

“If commercially it doesn’t make any sense and they’re not committed or want to be part of the series then we’ll look for someone else.” 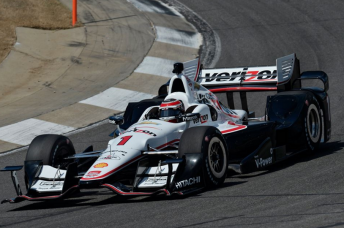 Penske is connected to a vast number of brands through his network of dealerships in the United States and enthuses of the potential ease in which his team could introduce another manufacturer.

The Gen2 rules welcome production-based V6 turbos that will need to fit a strict set of technical regulations and performance guidelines.

A control turbocharger, intercooler and ECU will be mandated alongside specific mass, centre-of-gravity and moment of inertia figures to match the current 5.0 litre V8s.

While developing an engine is an imposing task for the majority of V8 Supercars teams, Penske says such a project would be perfect for Ilmor considering its recent work in IndyCar.

Based in the United Kingdom, Ilmor has produced a string of engines for IndyCar and Formula 1 since it was co-founded by Penske, Mario Ilien and the late Paul Morgan in 1984.

“V6 turbos are interesting because there’s a number of manufacturers (that could be involved),” said Penske of Gen2.

“We built a V6 turbo for the IndyCar Series through our Ilmor company.

“There’s opportunity to take advantage of that engine with some other manufacturer, just as we’ve done it on the IndyCar side.”

Although carrying Chevrolet branding, the 2.2 litre, 675bhp IndyCar engine was designed, built and developed by Ilmor in the UK.

Penske says it makes sense for car manufacturers that want to enter V8 Supercars to follow the example of utilising specialist firms such as Ilmor, rather than trying to develop in-house.

“When you think about manufacturers today they’re not vertically integrated,” he said.

“Powertrain and styling is maybe the heart of the car but as you get into… you look at many of the manufacturers worldwide, they’re using a third party to help them in high performance. Penske is looking to ramp up US technical support to DJRTP

“They take that knowledge, that DNA, that IP (intellectual property) and can drive it into their production business, which is what I would do if I had the opportunity.”

Penske discussed the category’s 2017 plans with senior V8 Supercars executives during his trip to Pukekohe last month, but says he has not personally looked at the published Gen2 guidelines.

V8 Supercars has delayed plans to test its own General Motors-based, in-house built V6 turbo inside a Car of the Future prototype car as it continues to work on its rule package.

“They’ve got a bit more work to do on it (the rules) before I take too close a look,” said Penske. “These things take time.”

Now that DJR Team Penske has progressed through its own initial growing pains, Penske adds that his operation is closely exploring the areas in which it can ramp up its offshore influence.

The squad will build two fresh cars at its Queensland base ahead of next season for Scott Pye and new recruit Fabian Coulthard.

“There are certain things that we know and learn over there (in the United States and UK) that now we’ve got our feet on the ground, we can try and resource those,” he said.

“Initially we were just trying to find where the race tracks were.

“If it’s manpower, technology or things that we know are portable, we’d be foolish not to take advantage of that.”