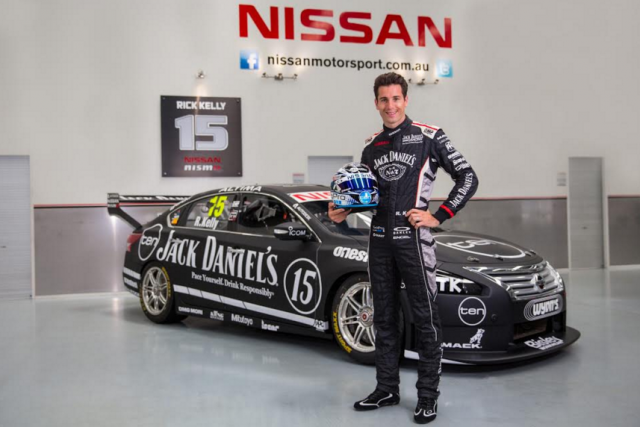 Rick Kelly with the revised livery on his Nissan

Rick Kelly’s Nissan Altima will carry Network Ten branding at the Coates Hire Sydney 500 in an extension of the relationship between the two parties.

Former V8 Supercars champion Kelly has been employed by Ten to add expert analysis to its six live event telecasts throughout this season.

Ten branding will be seen on the bonnet, front bar and rear quarters of Kelly’s Jack Daniel’s Altima in Sydney. 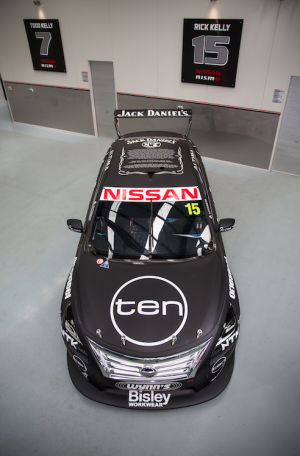 The deal coincides with Jack Daniel’s final event as a primary sponsor in the sport, having last week confirmed its impending exit after 10 seasons.

Currently 11th in the standings heading to Sydney, Kelly says he has enjoyed working with Ten between his commitments in the car.

“It’s been good to deliver to the fans some of the behind the scenes aspects of the sport that people generally don’t get to see,” he said.

“So for us to continue building that relationship by actually having some branding on the car, it’s very exciting to represent Network 10.

“The entire team at 10 have been very supportive and very, very good to work with and this is just an extension of, the great relationship that we’ve got.

“I’m very fortunate that they wanted to partner with us in this way and have their brand on our car, it’s going to be an exciting weekend.”

Kelly has driven in Jack Daniel’s colours since switching from Walkinshaw Racing to be part of his new family team in 2009.

The 32-year-old says the team wanted to mark the occasion with a revised look to its Altima.

“The design on my car references the 2006 Jack Daniel’s livery, recreating the same scheme that first introduced the brand to the sport,” he said.

“The car also features the names of all the staff members from Brown-Forman as well as every driver that has raced for Jack Daniel’s racing over the last decade.

“There are some great names of full-time drivers and co-drivers including international names like Andretti.

“Sure it’s sad for the relationship to come to an end, but to have a brand like Jack Daniel’s in our sport for such a long time, it’s great to be able to look back on their ten year involvement with the sport.” Names of JD staff and past drivers feature on the roof

Next Story Early scare for David Wall Volvo in Sydney