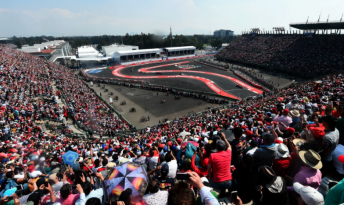 The final draft of the 2016 Formula 1 calendar has been ratified by the FIA at the latest World Motorsport Council meeting.

The only change to the schedule sees the Mexican Grand Prix move forward a week from November 6 to October 30. As a result the US GP and Mexican GP events will be run in a back-to-back format.

However, there remains some uncertainty surrounding the US Grand Prix at the Circuit of the Americas with the event subject to an agreement being reached with the race promoter.

It has been widely reported that the Circuit of the Americas race, which joined the calendar in 2012, has suffered a funding cut from the Texas state government.

The 21 race calendar will begin at Melbourne’s Albert Park from March 20 before concluding in Abu Dhabi on November 27.

The new addition of the European Grand Prix held in Azerbaijan maintains its June 19 slot which collides with the Le Mans 24 Hours.