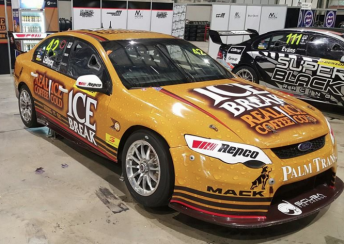 MW Motorsport’s line-up for this weekend’s Dunlop Series finale has received a shake-up after last minute intervention from V8 Supercars.

Chris Pither had intended to complete the season in MWM’s Ford at the Coates Hire Sydney 500 alongside his new duties with main series squad Super Black Racing.

MWM was officially notified yesterday, however, that having drivers compete in both classes simultaneously at sprint events isn’t in keeping with the spirit of the second-tier series.

With Pither naturally opting to run the Super Black entry for the weekend ahead of his full-time drive with the team next year, MWM has reshuffled its line-up on the eve of opening practice.

Fullwood had been set to complete the season in his family-owned, Paul Morris Motorsport run Holden, but has already signed on to compete with MWM full-time next year.

MWM owner Matthew White says that he’s disappointed not to see Pither able to finish off a strong year with his squad. 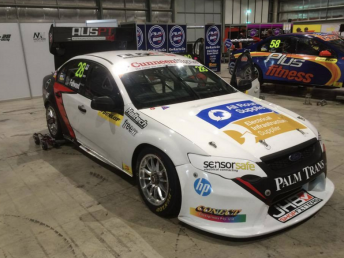 “It’s disappointing for us, for Chris and for Ice Break after all the hard work that went into the season,” White told Speedcafe.com.

“Chris and Jack were both relishing the opportunity to have a real battle for second in the standings.

“We’ve tried to come up with the best solution for Ice Break by putting Jack in that car.

“It’s also provided us the opportunity to get a head start with Bryce, who we’re looking forward to working with.

“We’ve kept an eye on him all year and were particularly impressed by the way he acquitted himself at Bathurst, driving faultlessly when finding himself in the lead on a Safety Car restart.

“We’re all about getting up and comers and progressing them through to V8s. He’s a prime example of someone that’s showing some great signs that we think can shine next year.”

A former driver, White himself had almost been thrown into the Ice Break entry during the late scramble to replace Pither.

“One of the key guys at Ice Break had remembered me racing at Bathurst many years ago and suggested I could get in and do the job,” explained White.

“But given I haven’t done any laps for a long time, I didn’t think it was a good idea.”

MWM’s line-up is completed by its regular third driver Simon Evans, whose car competes in Super Black colours due to part-sponsorship from Tony Lentino.

The MWM outfit is among the Dunlop Series teams planning to continue with its current equipment next season when the Car of the Future chassis becomes eligible.

Prodrive’s Cameron Waters leads this year’s standings by 149 points over Paul Dumbrell, with 300 available across the weekend.