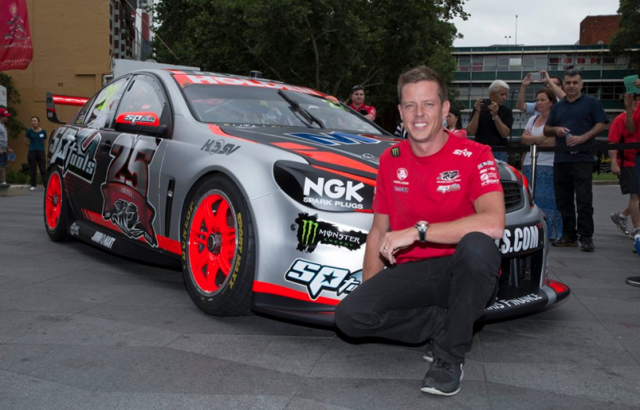 Courtney with the Sydney HRT livery

James Courtney has taken the wraps off a 25th anniversary livery that the Holden Racing Team Commodores will run at the Coates Hire Sydney 500.

The one-off scheme marks the end of the year-long celebration for the Walkinshaw owned squad, which took over the factory Holden contract for the 1990 season.

Featuring the team’s 25th anniversary logo, the livery also incorporates the names of all 230 Holden dealerships around the country.

“I had a rough concept based around the colours and HRT’s 25th anniversary logo, I wanted to create something different that really celebrated the team’s rich history.

“The suggestion for Holden’s dealer names to be subtly incorporated into the livery was actually a request from (Holden Sponsorship and Motorsport Manager) Simon McNamara, who wanted to say ‘thank you’ to our dealer network and give them due recognition for their commitment to Holden, and HRT over its 25 years.

“I think that’s a really nice touch, and adds a classy element to what is an aggressive livery – and it all adds up to a scheme we know HRT fans will love.”

He is poised to take ninth from the absent Chaz Mostert, but faces a 111 point deficit to eighth placed Scott McLaughlin.

“This year has been all about celebrating 25 years of the Holden Racing Team and I’m proud to be carrying the names of all the Holden dealers on my car, it’s a great way for me to personally thank them for their continued support,” Courtney said.

“Being from the western suburbs of Sydney, I really enjoyed being able to take the covers off the car in front of my home crowd, and now I’m looking forward to getting out on the streets of Sydney Olympic Park with it this weekend and finishing the year off on a high.” 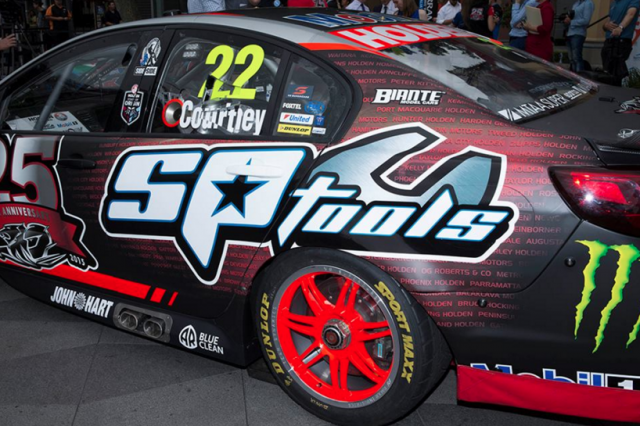 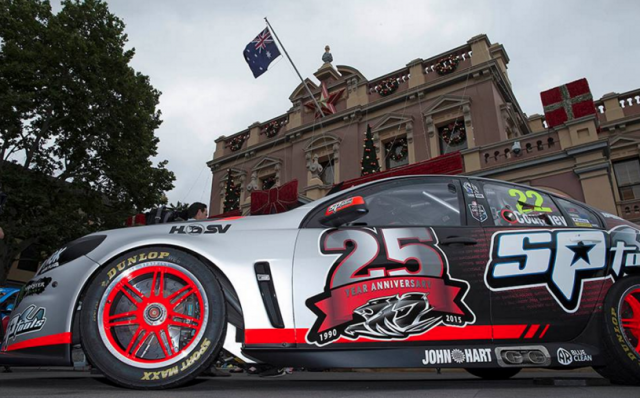 The team has celebrated its 25th anniversary throughout the season