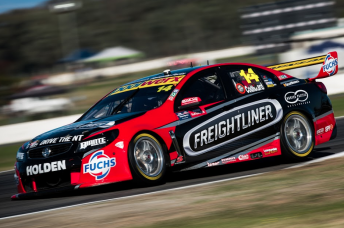 The ex-Coulthard Holden has been on the sidelines since Winton

Brad Jones Racing’s most successful V8 Supercar is set to return to the track next year, where it will be piloted by Josh Kean in the Dunlop Series.

BJR has confirmed that Kean, currently 18th in this year’s standings, will continue with the squad’s second-tier team in 2016.

A graduate of the Kumho Series, Kean stepped up to the Dunlop Series two years ago, initially campaigning an ex-Walkinshaw Holden with his own South Australian-based team.

He moved to BJR this season, running alongside existing drivers Macauley and Andrew Jones.

With the Car of the Future to be introduced into the Dunlop Series next year, Kean has been allocated the Commodore VF that Coulthard campaigned from the start of 2013 until this year’s Winton event.

The car scored eight race wins and 30 podiums in Coulthard’s hands, including a heat victory at this year’s Clipsal 500 Adelaide.

“It’s a really exciting opportunity to be driving one of the COTFs next year,” said Kean. 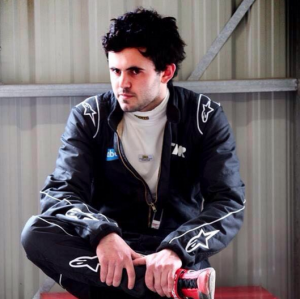 “BJR have achieved so much with those cars already, so the experience and knowledge is going to be an advantage for me.

“Everything is starting to line up now, we’ve got all the right elements in place and next year we will focus on making it gel on that next level.

“The team is working together well, it’s just that 2015 was the season to learn and build. 2016 is the year that we move forward.”

Team owner Brad Jones says that Kean’s limited experience before jumping into V8 Supercars has contributed to a tough initiation into the category.

“It has been a massive learning curve for him, he is having to learn race craft on the fly,” he said of Kean, who came through the Saloon Car ranks.

“A lot of people don’t realise that he didn’t have the junior experience that most young drivers do, he didn’t go the traditional karts and open wheelers path.

“It was apparent from Clipsal that he had excellent car speed. Our target for 2016 will be to help Josh with his consistency and when we get on top of that I have no doubt we will be fighting for podiums.”

Next Story Shake-up at MWM after forced Pither exit