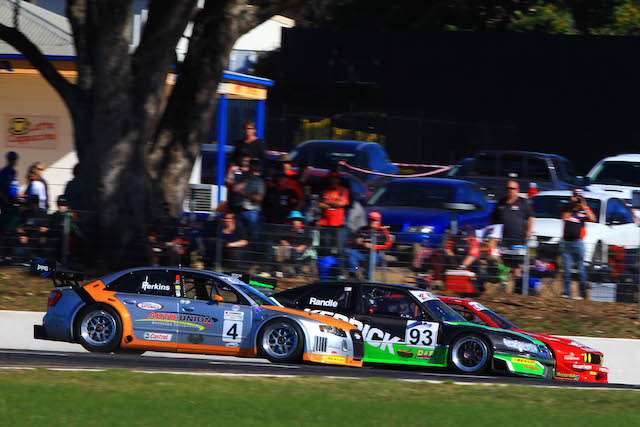 The Kerrick Sports Sedan Series will remain linked to the Shannons Nationals following confirmation of its 2016 calendar.

“We have been a part of the Shannons Nationals series since its inception in 2006 and we look forward to an exciting new era ahead for both of us as it moves into its eleventh year.”

The final round of the year will be held at Sydney Motorsport Park from November 11-13.

“We are also very excited to again have the support of Kerrick behind us for a 12th straight year.

“Their backing is invaluable to us and we are looking forward to putting on a great show for them in 2016.”

Kerrick will also see a return of the State of Origin (SoS) concept which allows competitors to enter two rounds (one must be in their home state) for a reduced entry fee and compete for SoS points.

“With the continued support of valued sponsors Kerrick, the category continues to be strong and we look forward to welcoming new competitors to both our national competition and the State of Origin class across the year,” Crompton said.