Mattias Ekstrom was second with Solberg’s third place good enough for him to successfully defend his title.

“It’s unbelievable to win another championship – and I want to thank my hard working team, who have travelled all round the world with me and share my passion for this fantastic sport,” the 41-year-old Solberg said.

“It is not easy winning your second World RX title.

“Nothing in Rallycross is certain and I have been a bag of nerves today.”

Larsson became the eighth different winner in the 2015 championship.

“I will remember this win my whole life – I can’t stop smiling,” said Larsson, whose father Lars is a two-time European Rallycross Champion.

“We have one of the smallest teams in the paddock and my guys work so hard – it means an incredible amount to take this win, especially at the end of the year.”

In the battle for third place in the drivers’ championship, it was Team Volkswagen Sweden’s Johan Kristoffersson who took the accolade over Ford Olsbergs MSE driver Andreas Bakkerud.

In the 2015 teams’ championship, Team Peugeot-Hansen had already accrued enough points at the previous round in Italy to win the coveted title. 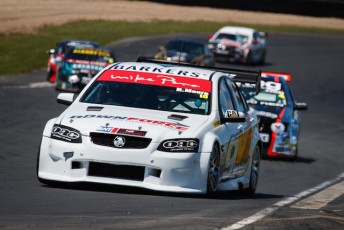 Richard Moore claimed the round win on his return to the top level of touring cars at Hampton Downs.

In the opening race Moore was first over the line but was relegated to third following a 10s penalty after stewards found he was one of 11 drivers who weaved across the track after the Safety Car lights went out.

Evans speared off the track in the wet conditions finishing well down the order in an incident with Mitch Cunningham.

Bargwanna (Toyota Camry) was promoted to the win.

Evans then bounced back to claim victories in the second and third heats ahead of Moore on both occasions.

In the wash-up to the weekend action Evans retains the lead in the points standings on 564 with Bargwanna second on 505 while Tim Edgell is third on 445.

The BNT NZ Touring Cars will enjoy a break ahead of the next round at Ruapuna from January 16-17. 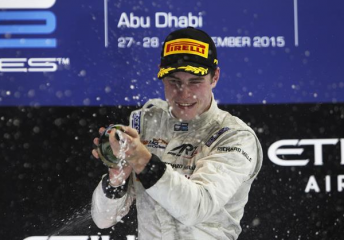 Stoffel Vandoorne is now the most successful driver in GP2 history

A huge shunt which saw four cars slew into the barriers brought a controversial premature end to the sprint race at Abu Dhabi.

After a stoppage of more than 30 minutes following the lap 1 shunt, the race was unable to be restarted due to damage to the barriers which could not be repaired.

Alex Lynn was leading proceedings at the time ahead of Rio Haryanto.

The incident was caused after Pierre Gasly spun on the second corner after which he was collected by Norman Nato who then fired into Nicholas Latifi, Daniel de Jong and Sean Gelael.

Despite the pile up, all drivers escaped injury.

In the earlier feature race Stoffel Vandoorne became the most successful driver in the category’s history by claiming his seventh win of the season and 11th in the past two years.

The McLaren reserve driver has now edged past Pastor Maldonado who compiled 10 wins after spending four years in the category. 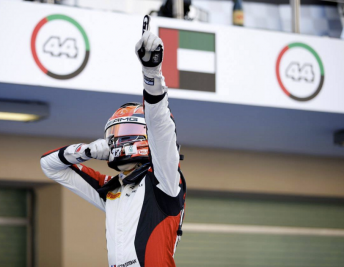 In a typically gripping end to the GP3 season, ART GP driver Esteban Ocon overcame adversity to claim the title.

Ocon went into the deciding race with a six-point margin over Luca Ghiotto after being handed a five second penalty in the opening race after running wide when contesting the lead early on.

Ghiotto had a problematic start to the race after contact saw him with front wing damage, he lost a couple of places before he clawed his way back to finish fourth.

Ocon ended the season with just one victory in his pocket but stayed in the hunt through sheer consistency.

“We would have wanted to win races for sure, but it means that we were not the fastest but in the end the most consistent ones, and on every track we were there,” Ocon said.

“That was the key, probably, of the championship.” 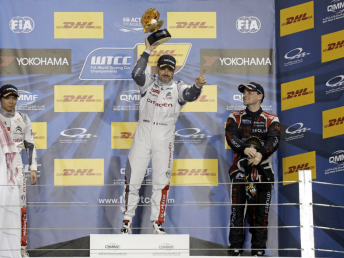 Muller’s effort meant he finished the season second on the points, slipping past Loeb in the final standings.