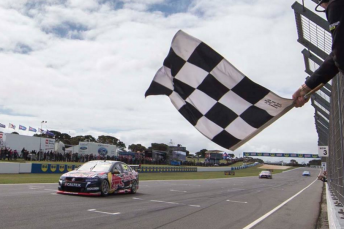 V8 Supercars has announced a three-year deal with a new telecommunications company that will provide content streaming to its subscribers.

Australian-based firm My Mobile Data has signed with V8 Supercars as it launches its OVO service via Optus’ mobile network.

OVO is described as a hybrid between a traditional telecommunications service and an on demand video and audio streaming provider, such as the popular Netflix.

Although not including streaming of track sessions, which are already covered by Foxtel, the service will feature content including live trackside commentary and telemetry, behind-the-scenes video and archive footage.

To launch in mid-December, the pre-paid OVO service will operate via sim cards without lock-in contracts.

The V8 Supercars content will be accessed by OVO subscribers through a web app and the category’s website.

“OVO empowers fans to connect with what they’re most passionate about. And V8 Supercars is our first media/entertainment partnership.

“This is a significant foundation relationship with V8 Supercars that will cater for a large fan base not currently well-serviced by telcos, yet one that craves content.”

Next Story Alex Davison returns to Erebus for Sydney