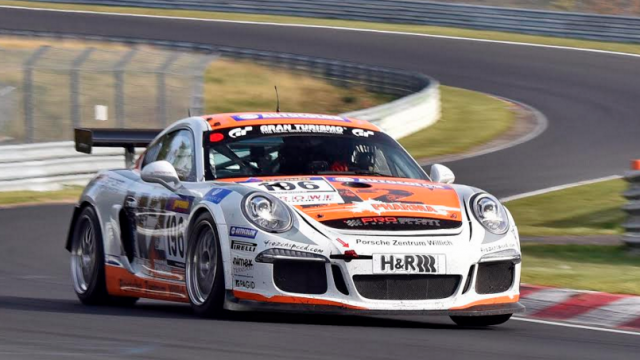 Based at the Nurburgring, the team has enjoyed much success at its home venue, chalking up six outright wins and over 100 class victories in the VLN Series.

The Caymans compete against a fleet of other FIA GT4 machinery in Europe including the Lotus Exige and Evora, Aston Martin Vantage V8, BMW M3, Chevrolet Camaro, Maserati Grand Turismo MC and the KTM X-Bow GTR.

Pro Sport boss Steve Buschmann says he hopes to see GT4 grow in popularity at Bathurst, which is dominated by the faster GT3 cars.

Just three GT4s – an Aston, a Lotus and a Ginetta – competed among last year’s 50 car field.

Regardless of the competition, Buschmann describes Bathurst as ‘a dream’ for his team.

“If you have to name the big endurance races worldwide, it will be Le Mans, Daytona, Nurburgring and Bathurst,” said Buschmann.

“We race at the Nurburgring and know the Nordschleife by heart.

“It’s time to make the next step and Bathurst is a dream for all of us.

“Both tracks have some things in common: one mistake and you are out and the ‘ups and downs’.

“We are really curious about the reality of Mount Panorama.

“None of us have been in Australia so far and all of us are looking forward to going ‘down under’ and get to know the people and the culture.

“Nevertheless, the most important thing for us is an exciting race.”

Tony Alford’s Lotus is the only other GT4 car currently entered for next year’s race, but is expected to be parked in favour of the driver’s MARC Focus following a testing crash earlier this year.