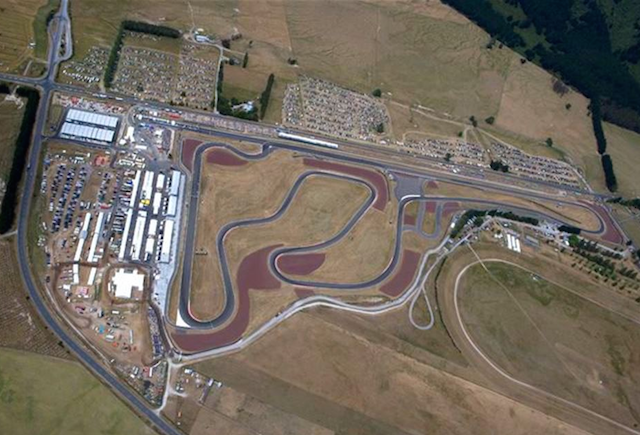 The development comes as Taupo starts a new era of rebuilding after falling on hard times which saw it recently withdrawn from the market where potential buyers included Tony Quinn.

“This is just such a wonderful tribute to a late husband and father and we are so looking forward to seeing the plans the park has for the future” Amanda McLaren said from her home in England.

“A motorsport recognition such as this in my father’s home country has been a long time coming.”

Circuit chairman Richard Izard said his board were excited about the renaming of the venue.

“While Bruce McLaren’s career highlights were undoubtedly outside New Zealand, the TMP Board is delighted that Patricia and Amanda have given their recognition to the Taupo circuit,” Izard said.

“Bruce having started his racing career in New Zealand before heading overseas in 1958 would surely approve of supporting in this way the local sport which formed the grass-roots of his stellar career.

Taupo remains the only FIA Grade 2 racetrack in New Zealand with its versatile layouts of 1.3km, 2.2km, 3.3km and 3.4km all attracting differing gradings.

McLaren was tragically killed in a testing accident at Goodwood in 1970 at 32 years of age when bodywork flew off an M8D Can-Am car.

He had won four Formula 1 grand prix races and like his Antipodean rival and friend Jack Brabham, McLaren started his eponymous team in 1963.

In 1966 McLaren, alongside his Kiwi compatriot and fellow F1 driver Chris Amon, supplied Ford with what would be the first of four consecutive victories in the Le Mans 24 Hour race in a Mark II GT40.