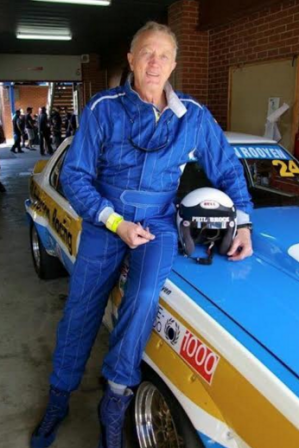 Phil Brock will mark 10 years since his last co-driving appearance alongside late brother Peter by returning to action at Winton next month.

Known as ‘Split Pin’, Phil is set to end a six year hiatus from competition by racing in the Ken Leigh HQ Holden 4 Hour on December 5-6.

Podium finishers together at Bathurst in 1976, the Brock brothers teamed up at the Winton 4 Hour event in 2005, a year prior to the nine-time champion’s death at Targa West.

Phil will share a car with former Victorian HQ champion Glen McDonald in a deal put together by Stephen Whyte, who is joined by his brother Richard in the team’s second entry.

The 65-year-old Brock says that he’ll be looking to settle old scores with those who proved over-eager during their chance to race door-to-door with Peter a decade ago.

The four hour race is split into two equal legs, with teams allowed to work on their machines before returning to the grid on Sunday.

“When Stephen spoke to me about competing in the event, I jumped at the opportunity,” said Phil, whose last race outing came via the Commodore Cup in 2009. Brock’s ride for this year’s 4 Hour

“I have always loved the HQ 4 Hour, it’s a fantastic event and Winton is a track Peter and I have always enjoyed.

“HQ Holdens are great endurance cars because you can keep doing the same lap times all day, and work your way into a good result.

“It’s all about getting through Saturday in a decent position so you can charge to the finish on Sunday.

“When Peter and I raced together in 2005, we qualified down the order but we kept pushing hard all race and ended up finishing in the top 10.

“That year, there were a lot of drivers who kept bumping into Peter and some of those people will be racing this year, so it will be my opportunity for some payback.”

The HQ races will be joined on the Winton event bill by the Doug Byrne Memorial Trophy Mini races and Super TT.