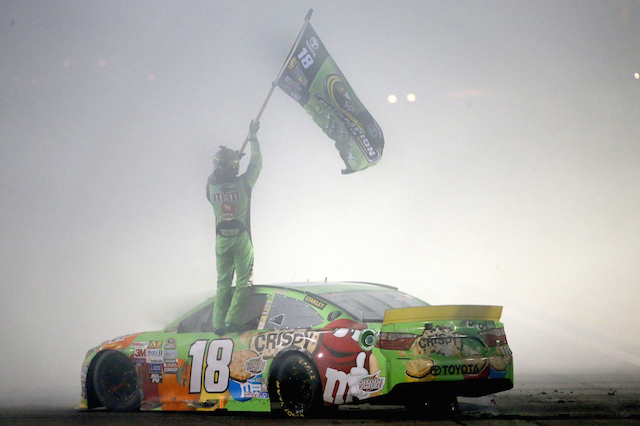 Recently crowned NASCAR Sprint Cup Series champion Kyle Busch will undergo more surgery next month on leg injuries he received at the start of the year.

Busch suffered extensive injuries in an Xfinity Series Daytona crash in February which forced him to miss the opening 11 Sprint Cup Series races.

Busch is likely to have two procedures performed at the same time which involves removing plates and screws from his left foot and a rod from his right leg.

“When I get the foot surgery done, I haven’t heard exactly how long I’m supposed to be off of that, but the doctor made it seem as if once the plates and screws come out, I’ll be able to walk on it right away,” Busch said in a NASCAR organised teleconference.

“It’ll be to rehab to make sure that all the joints that have been immobilised for the last nine months, we get them kind of woken back up in a smooth fashion and break it in let’s say.

“And then the leg, though, you know, I’m going to be down for probably they said about four weeks with the leg.

“Just having to re-go through the knee and to cut the knee open again in order to pull the rod out, that’s going to be the most traumatic part and just having that have to heal and go back together.”

In the meantime Busch is continuing his public champion’s tour in the US which saw him initially celebrate in New York.