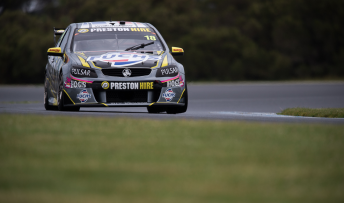 Grech has been charged by Schwerkolt with putting together his new Team 18, which will run a single Triple Eight customer Holden out of Melbourne.

The deal marks a return to V8 Supercars for Grech following a six-year absence.

Grech has was one of the most formidable resumes in Australian touring car history, having been a part of 10 Bathurst 1000 victories and eight ATCC/V8 Supercars titles.

He spent time as a mechanic with the Holden Dealer Team and later Perkins Engineering during the 1980s, before working on Gibson Motorsport’s famed Nissan GT-Rs in 1991 and 1992.

A 12-year tenure as team manager with the Holden Racing Team followed, before brief spells at PWR and Tasman Motorsport. 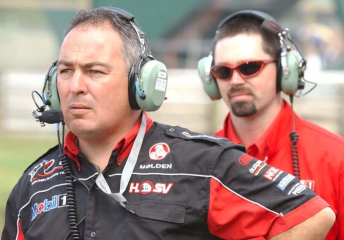 Jeff Grech during his glory days at the HRT

Heading up a new V8 Supercars team marks a major commitment for the veteran, who moved into the trucking industry after leaving Tasman at the end of 2009.

Work is already well and truly under way on pulling together the new Team 18, which mimics Tekno Autosports’ model as a lean outfit running as a satellite of Triple Eight.

“I’m very grateful to Charlie for giving me the opportunity to get back into the sport, it has been a big part of my life,” said Grech.

“It is a big challenge but it is one we are really going to love and I think we can rise to it.

“It is one that I’ve risen to before with a good group of people; and we will get a good, tight knit group of people in the team so that we can do the best job we can.

“We have also got a fantastic driver (Lee Holdsworth) and I’ve had the opportunity to sit down with face-to-face and we are both excited about the new year.

“We will have the best equipment in the business and we have a workshop ready to go; we wanted to make sure Lee felt comfortable and confident, knowing he had the best chance possible.”

CLICK HERE for more from Schwerkolt and Holdsworth about the new operation.