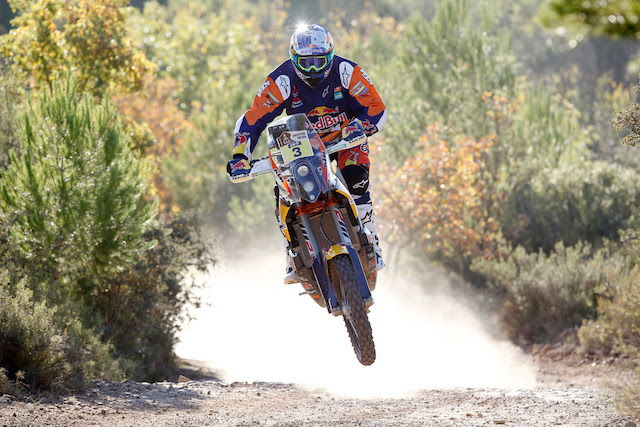 Toby Price will step up his intense preparation in a bid to make another strong statement in the South American-based Dakar Rally in January.

Price produced a stunning ride to claim third in this year’s event, upstaging some of the best cross country riders in the world.

The New South Wales rider is scheduled to arrive in Spain this week as his build-up for the Dakar continues.

“Coming in this year there’s a little bit of pressure to do better, but definitely trying to aim for that podium position,” Price said.

“There will be long days of racing and 10,000km of track to cover to get to that finish.

“Training is going really well, we have done some bike testing getting ready to go.

In October Price made a statement in the Rally of Morocco, sitting in second after the first leg before mechanical issues saw him drop back ahead of an illness which forced him to retire.

“I’ve been getting my body back to 100 percent and I am good to go,” Price said.

Price pulled off a major coup earlier this year by signing a two-year deal with the Red Bull factory KTM operation which will give his Dakar and World Motorcycle Rally Championship bids a boost.

The Dakar route will start in Buenos Aires on January 3 before finishing in Rosario 13 days later.