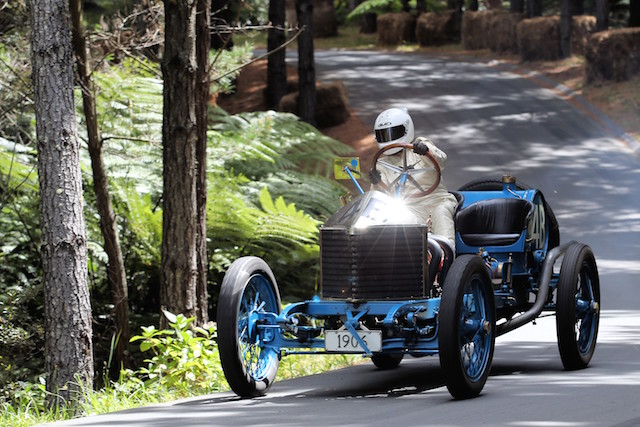 Scott Dixon has been confirmed for the Leadfoot Festival in New Zealand next February. The IndyCar champ will drive a 1906 Darracq

IndyCar superstar Scott Dixon is set to drive one of the earliest grand prix cars ever made at the 2016 Leadfoot Festival in New Zealand early next year.

Dixon, who claimed his fourth IndyCar crown this year, will drive a Darracq, the original of which featured in the first French Grand Prix run at Le Mans in 1906.

“Scott visited the Leadfoot Ranch early this year when he was home and was blown away with the property and expressed a desire to compete” Millen said.

“We have been working with Scott to make this happen and it gives us the opportunity to celebrate Scott’s incredible success in motorsports.”

The Leadfoot Festival is New Zealand’s answer to Britain’s Festival of Speed which is conducted on Rod & Shelly Millen’s Leadfoot Ranch at Hahei on the Coromandel Peninsula.

The event is scheduled for Waitangi weekend from February 6-7.