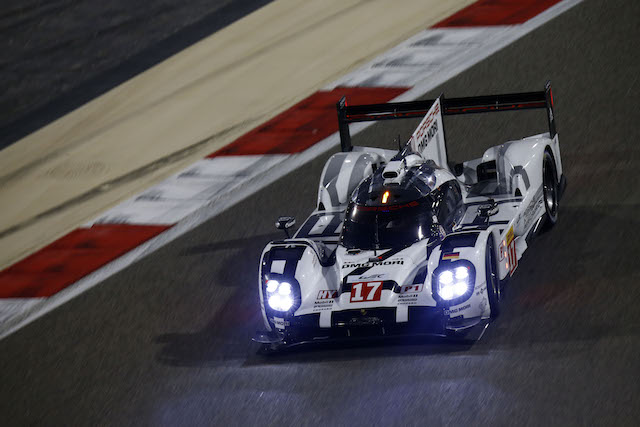 The #17 Porsche 919 scrambled to fifth place in a cliffhanger finale won by the sister machine of Romain Dumas, Marc Lieb and Neel Jani.

It realised the first title for 39-year-old Webber as a professional driver with the veteran withstanding enormous amounts of pressure with his 2-litre, V4 cylinder machine wounded by an engine actuator problem.

With Hartley part of the WEC winning crew, it meant that New Zealand drivers took the two big sports car gongs of the season following Earl Bamber’s epic victory in the Le Mans 24 Hour in June.

Hartley played a crucial part in securing the title as Porsche scrambled to overcome the hybrid issues.

“I drove two clean stints driving flat out and trying to catch the two Toyotas, and at that moment we knew every second could be crucial,” Hartley said.

“The boys in the pits did a fantastic job to get us out again and, of course, it was absolutely crucial that our sister number 18 car stayed in the lead. A true team effort. Incredible.”

Audi went down fighting with the #7 R18 e-tron of Marcel Fassler, Andre Lotterer and Benoit Treluyer finishing second to fall perilously close to claiming the title. 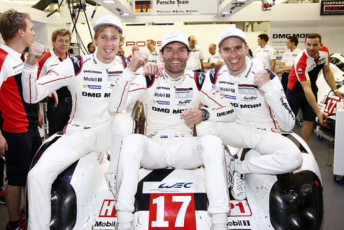 In a dream final race after announcing his retirement Alex Wurz clinched the final podium spot alongside Mike Conway and Kazuki Nakajima in the #2 Toyota TS40 Hybrid.

The lead was disputed by the #18 Porsche and #7 Audi several times throughout the 6 Hour race.

In the end the #7 Audi fell five points short of recording what would have been a remarkable WEC title.

In GTE Pro, Porsche drivers Patrick Pilet and Frederic Makowiecki claimed victory while fifth was enough for Richard Lietz and Michael Christensen to claim the GT crown in the Porsche 911 RSR.

The results were enough for Porsche to leap over Ferrari and claim the manufacturers’ title.