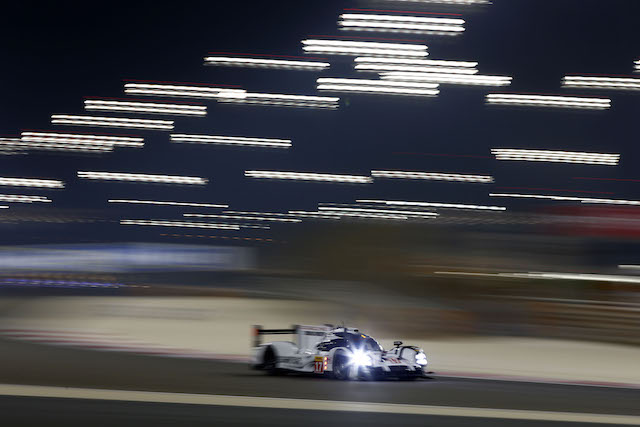 Kiwi ace Brendon Hartley and German Timo Bernhard have maintained a perfect qualifying record for Porsche by securing pole position for the season-ending 6 Hours of Bahrain.

Hartley and Bernhard prevailed for the fifth time in qualifying this season as Porsche completed an unbeaten run for the pole in all eight World Endurance Championship races for 2015.

The effort means the #17 919 Hybrid Hartley and Bernhard share with Mark Webber earns a crucial bonus point to move to 13 points clear in the drivers’ points race.

With a combined average two-lap average of 1:39.73s, the #17 outdid the sister car qualified by Romain Dumas and Marc Lieb who finished with an average of 1:40.10s.

Audi is still clinging to its slim title hopes with the #7 R18 e-tron quattro, at the hands of Marcel Fassler and Andre Lotterer, qualifying third in 1:41.30s, a tenth ahead of the sister #8 Audi.

Toyota’s TS040 Hybrids see the #1 and #2 machines starting from fifth and sixth respectively.

In LMP2 qualifying the rapid Signatech Alpine driven by Tom Dillmann and Paul-Loup Chatin took the Nissan-powered machine to pole with an average of 1:49.993s.

The GTE Pro qualifying honours landed with the Ferrari 458 Italia of Gianmaria Bruni and Toni Vilander narrowly edging out the rival AF Corse machine of Davide Rigon and James Calado in the pole battle.

Paul Dalla Lana and Pedro Lamy struck an average of 2:00.52s to claim pole in GTE Am for Aston Martin.