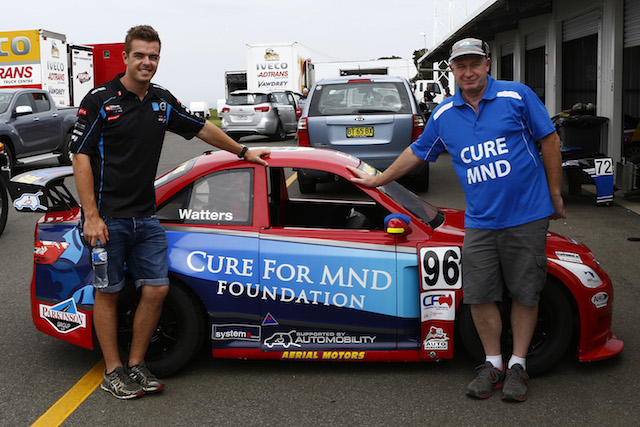 Volvo ace Scott McLaughlin has become an ambassador for the Cure for Motor Neurone Disease Foundation.

McLaughlin was recently personally touched by the crippling disease after meeting a fan who soon after died from the condition that attacks the nervous system.

“It hit me pretty hard, he (Shane) was a really nice guy,” McLaughlin said from Phillip Island.

“What hits me most about the whole thing was he knew completely what was going on.”

The Foundation President Ian Davis, who himself is battling MND, said McLaughlin’s involvement was a real boon for the Foundation.

“It’s fantastic to have Scott join us as an ambassador and true supporter of the Cure MND Foundation, the Cure for MND foundation is a 100 percent not-for-profit foundation established in 2014,” Davis said.

“We aim to raise the profile of Motor Neurone Disease within Australia and abroad in the hopes that increased awareness may lead to not only better care for those affected by the disease, but also increased funding for vital research into finding a cure.

“Having Scott join us is exciting he’s a great sportsperson a very personable and approachable young man”.

“My company has partnered with Cure for MND and we are proud to be supplying and sponsoring a number of specially modified cars for the Foundation,” he said.

“The association with Scott was perfect so if we can all spread the message of this insidious disease it’s a big step towards making more people aware.”