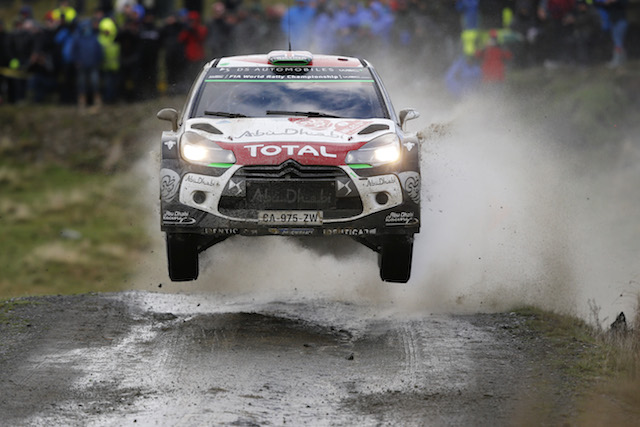 Citroen will withdraw its full season factory effort in next year’s World Rally Championship in a major shake-up of its global motorsport operations.

The decision sees its incumbent drivers Mads Ostberg likely to return to M-Sport while Northern Ireland’s rapidly improving Kris Meeke’s future remains in limbo although he could still play a role in the development of the 2017-spec WRC machine as well as sporadic appearances next season.

Citroen may decide to do select rallies next year as it commits to a full development program in time to return for the sweeping new WRC rules package in 2017.

The Chevron badge intends to defend its World Touring Car Championship titles next season however beyond that the French company has made it clear that its future rests in rallying.

Loeb enjoyed a 15-year stint with Citroen, bagging a record amount of WRC titles and 78 individual wins before he landed a spot in the maker’s WTCC outfit last season.

“We have never hidden our interest in the 2017 WRC regulations and the entire team is extremely motivated by this new challenge,” Citroen Racing team principal Yves Matton said.

“We like the freedom granted to make the cars more spectacular, but also the possibility of reusing development work done on the Citroën C-Elysée WTCC’s engine.

“With a view to managing our resources efficiently, we have decided to focus all our efforts on designing and developing our new World Rally Car.

“This is why Citroën will not be competing in the 2016 World Rally Championship as a works team.”

Meanwhile Loeb will kick off his 2016 campaign with Peugeot’s concerted Dakar program early in the New Year in the 2008 DKR16.

CITROEN IN THE WRC

CITROEN IN THE WTCC