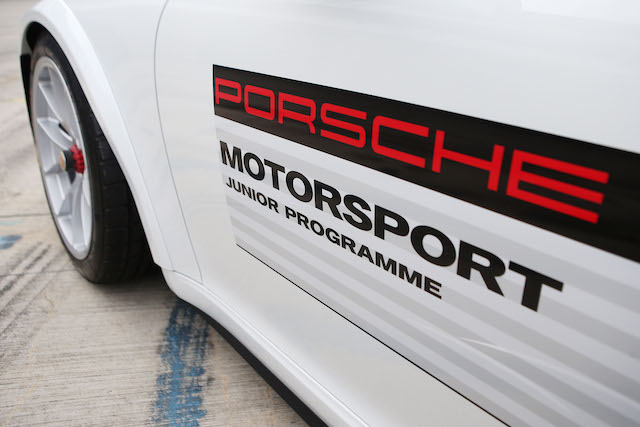 The Porsche Junior Programme Australia will award the Jamey Blaikie Scholarship that is designed to support one young driver aged under 23 in the 2016 GT3 Cup Challenge Australia presented by Pirelli Series.

The easy-going Blaikie tragically lost his life in a car accident while performing his selfless charity work in Fiji late last year.

Introducing the driver development program, Porsche sees its value in aiding young racers to climb what is known as Porsche’s Motorsport pyramid.

The Jamey Blaikie Scholarship is valued at over $40,000 for the season and includes a season’s entry fee, race suits, driver mentoring and media and fitness training.

Pirelli will also provide the recipient the 2016 season’s allocation of race tyres free of charge.

“We have seen many young drivers follow this path, however it is Earl Bamber who best represented this pathway; a journey which included GT3 Cup Challenge, Carrera Cup, Porsche Supercup and the 2015 Le Mans victory.

“The program will see one young driver compete in the GT3 Cup Challenge series for 2016 with future plans to expand the scholarship into Carrera Cup with, potentially, multiple Porsche Juniors.

“Jamey was a friend to many and the reason why Porsche has such a strong motor racing presence in Australia.

“Carrera Cup racing in Australia was his vision and he oversaw Porsche one-make racing in this country for over a decade.

“Jamey was also a strong believer in promoting young talent and did much behind to scenes to help young racers further their careers.”

Nominations will be accepted up until January 10, 2016.

To be eligible drivers must be:

– aged under 23
– a citizen of Australia
– eligible for a CAMS Provisional Circuit (PC) License
– able to show proof of success in motorsport/karting
– able to secure season budget to the 2016 Porsche GT3 Cup Challenge Australia presented by Pirelli season
– not have raced a full season in Carrera Cup, GT3 Cup Challenge (Class A) or similar level GT, Touring Car or open wheel series