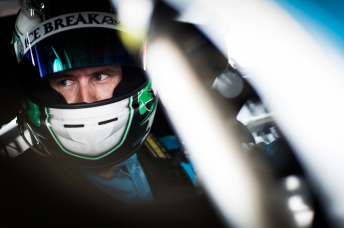 Super Black Racing is the latest V8 Supercars squad to make a driver change ahead of this weekend’s penultimate event of the season at Phillip Island.

The team has benched regular driver Andre Heimgartner in favour of Chris Pither, who is tipped to be taking over the #111 Ford next season.

Pither has been racing a Prodrive-built Ford in the Dunlop Series throughout the year but has yet to steer one of the team’s FG X Ford Falcons.

“We are using Phillip Island to evaluate Chris for next season so we look forward to seeing how he settles in,” said Super Black Racing owner Tony Lentino.

“He has experience, is passionate and understands the V8 Supercars landscape well, plus he is a Kiwi too which is obviously an important factor when selecting a driver for New Zealand’s only V8 Supercars team.

“Andre Heimgartner will sit out this weekend and while we understand this has been a difficult situation for him, he has accepted it and both parties agree this change is in the team’s best interest.

“It’s hard being a rookie in this game and being with a rookie team has added to the challenge this year. This isn’t necessarily the end of our partnership but we’ll get through Phillip Island and evaluate things from there.”

Pither says he’s eager to grasp the opportunity to impress ahead of next season.

“I’d like to thank Tony and the team at Super Black Racing for giving me the opportunity to race at Phillip Island,” Pither said.

“It is a genuine opportunity for me to show what I can do and to learn about the team as we look at the potential to work together in 2016.”