Reindler on standby for Percat at Phillip Island 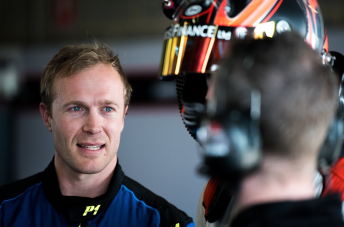 Karl Reindler is on standby to replace Nick Percat

Percat was released from hospital yesterday following a week-long stay to treat a severe infection stemming from a burn sustained on his right foot at the Castrol Gold Coast 600.

Team owner Lucas Dumbrell is optimistic that the 27-year-old will be fit to race this weekend, but has arranged Reindler as a back-up just in case.

Reindler drove for LDM alongside Tim Blanchard in the recent Pirtek Enduro Cup and is already scheduled to be at Phillip Island with his regular duties for CAMS and Formula 4.

“Karl is the logical guy because he’s been in the cars and with the team recently,” Dumbrell told Speedcafe.com.

“We’ve spoken to Karl to confirm that he’s going to be at Phillip Island, but I’m confident that Nick will be fine and we won’t need to replace him.”

Reindler impressed during the enduros after a near two-year absence from the category, but says he won’t be out to make a name for himself if he does get the call-up for the Island.

“I’m honestly hoping that Nick is fine to jump back in because he’s a good mate and we all want to see him finish the season off strongly,” Reindler told Speedcafe.com.

“If he can’t do it then I’ll get out there and give it my best shot to bring home some solid results for the team and sponsors.” 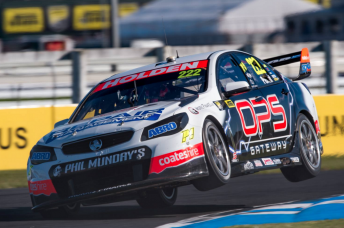 Dumbrell stressed that it will essentially be up to Percat to determine whether he is fine to compete.

The former Bathurst winner had performed admirably while suffering from extreme pain in his foot last time out at Pukekohe, before the infection was diagnosed.

“He’s determined to race, but at the end he’s not so overly determined that he’ll put himself in the car if he can’t perform,” said Dumbrell.

“In New Zealand he was obviously in a lot of trouble (pain) and he was still passing guys in that last race.

“He was having to left-foot brake due to the problem, but he was running 12th when he got turned around.”

Percat on Tuesday expressed on social media his relief at finally returning home from hospital.

“Finally back home and being looked after by (pet dog) Douglas,” he wrote.

“Slowly improving each day which is great, @ld_motorsport have been awesome and will give me every chance to be in the car at Phillip Island. Fingers crossed.”