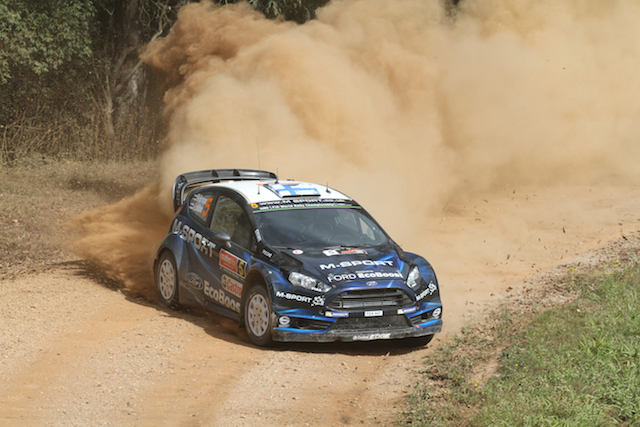 Hirvonen called time on his World Rally Championship career at the end of the 2014 season following a span which saw him net 15 WRC wins including multiple Rally Australia crowns.

The Finn will be co-driven by Jarmo Lehtinen who called the notes for Hirvonen with the pair finishing runner-up in the WRC four times.

Otago organisers continue its trend of attracting topline international rally crews for the 40th anniversary of the event.

“I have been aware of the Otago Classic Rally for a number of years, and it has always been an event that I wanted to do one day,” Hirvonen said.

“I have competed in Rally New Zealand many times, but have never competed on the South Island roads.

“The attraction of competing on these roads in a legendary BDA Escort is irresistible.”

“We are excited to receive Mikko’s entry, as he has a fabulous record in the World Championship and our fans are in for a treat of world class driving on world class roads,” Oakely said.

“New Zealand and Australian competitors will have a real benchmark to compare themselves to.

“Mikko is known for being very approachable and likeable, and we are delighted to welcome him to the Otago Rally.”

The 2016 Otago Rally will be held from April 8 to 10 next year which will open the New Zealand Rally Championship.

Next Story Citroen elects to sit out 2016 WRC season