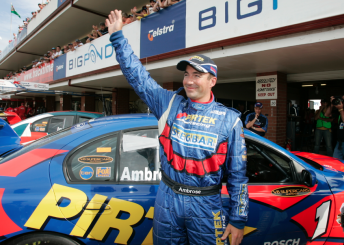 Following the recent revelation that Marcos Ambrose has called time on his V8 Supercars career, we look back at some of the two-time champion’s most memorable moments in the category.

Although running just five full-time seasons from 2001 before heading to NASCAR, Ambrose sits as perhaps the most polarising driver in the championship’s 55 year history.

A stint with Stone Brothers Racing brought success to long suffering Ford fans, but was mixed with a series of controversies as the driver clashed with rivals and officials. 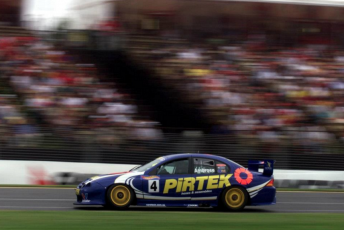 Nine years in NASCAR only served to further Ambrose’s legend before a much hyped return, which was dramatically cut short after just three events.

Read through our list of memorable Marcos Ambrose V8 Supercars moments before voting on the poll below.

Amid the hype surrounding Craig Lowndes’ off-season defection from Holden to Ford, the addition of rookie Ambrose to the Blue Oval ranks initially went unheralded. 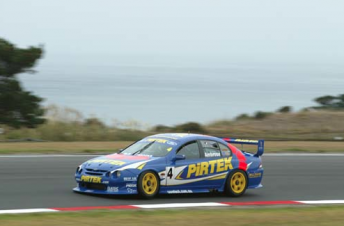 That quickly changed when the season got underway as the Tasmanian put his Stone Brothers Falcon on pole for his debut in the category at the non-championship Albert Park meeting.

Ambrose went on to underline his raw speed by scoring three more poles, including at Bathurst, during his rookie season.

Although winning the Hidden Valley round during his rookie campaign, Ambrose had to wait until the second event of 2002 before taking his first race win. 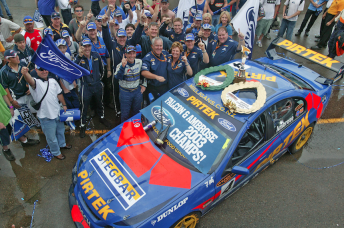 The breakthrough came in memorable fashion as a determined Ambrose successfully defended against a charging Mark Skaife in the opening Phillip Island heat.

Surviving several hits from a clearly faster Holden, Ambrose held on to take a rare victory for the perennially struggling AU model Falcon by less than 0.2s. 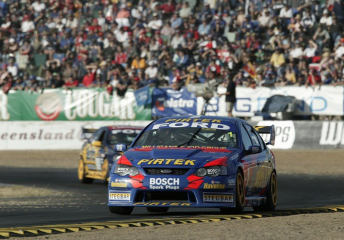 Ambrose was momentarily stripped of his Ipswich win

Hampered by the AU’s aero package in the previous two years, Ambrose and Stone Brothers Racing’s new BA Falcon proved the pace-setters from the outset.

Nine race wins and a string of six events early on where the #4 Falcon finished every race on the podium set up the title.

Ambrose was dramatically stripped of victory and the championship lead after his car was found to have an extra wire in its loom at Queensland Raceway.

Dubbed ‘wire-gate’, the punishment – which also included a $10,000 fine to Stone Brothers Racing – momentarily turned the championship on its head. 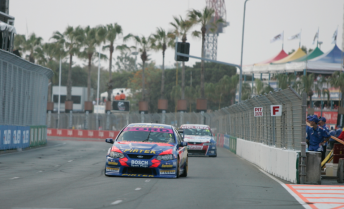 Ambrose leading Kelly during the final GC race in 2004

The exclusion was subsequently overturned on appeal and the fine reduced in a verdict that proved just as controversial as the initial penalty.

While Ambrose had raised eyebrows with his attitude towards those outside the title fight getting in his way during the closing stages of the previous season, the Ford star really fired up in 2004.

The zenith of the angst came at the Gold Coast, where Ambrose was fined $10,000 for a post-race brake test on Rick Kelly, who had put the Falcon under heavy pressure during the race without overtaking. 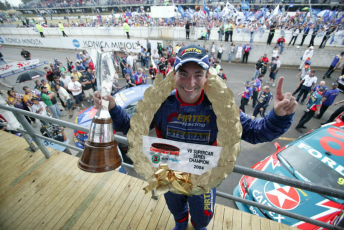 The controversy led to a fiery post-event press conference with Kelly’s team-mate Greg Murphy, who lamented that Ambrose “has got this idea that we should just pull over and let him win”.

Despite the controversies, 2004 saw Ambrose and SBR continue to set the benchmark in the championship and again take the title in dominant fashion. 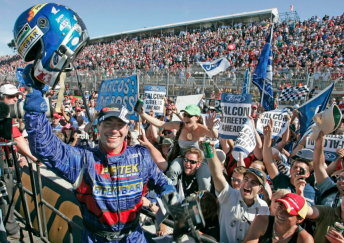 Ambrose was an unstoppable force at the Clipsal

Second place in the standings for team-mate Russell Ingall added to the sweetness for the team, which was in the middle of a golden period.

Nowhere was the domination of the BA Falcon and Ambrose more evident than at the Clipsal 500 Adelaide.

The combination scored four consecutive race wins across the 2004 and 2005 events, adding to a single victory from 2003.

The masterclass included overcoming a throttle sensor issue in the 2004 Sunday race that made tyre conservation a major challenge. 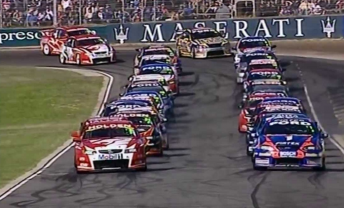 Ambrose clashed with Skaife off the start at Barbagallo

Conflicts with Skaife and officials (2005)

Ambrose’s rivalry with Mark Skaife hit new heights in 2005 as the pair controversially clashed at both Barbagallo and Eastern Creek.

Handed a drive-through and a post-race points penalty for the Barbagallo contact, Ambrose later slammed the punishments as a “square-up” against him and said he was “pleased to be leaving the series”.

Those comments resulted in a further $15,000 fine for bringing the sport into disrepute, after which Ambrose publicly read an apology to race officials. 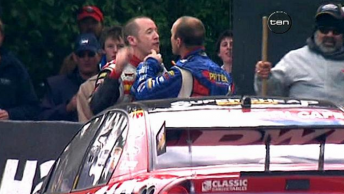 Ambrose and Murphy at Bathurst in 2005

Nearing the end of his final V8 Supercars season before heading to NASCAR, Ambrose’s quest for a third straight title and maiden Bathurst crown came apart in spectacular fashion.

The Ford driver was penalised and forced to pit out of sequence mid-race when a rival team tipped officials off to the fact that he was not wearing a balaclava.

A clash with Murphy as the pair battled for fourth after a late restart then trigged a fiery face-to-face confrontation at The Cutting. 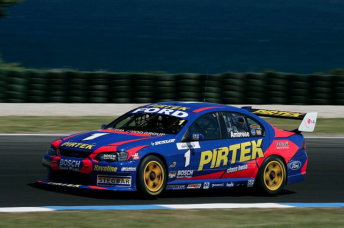 Ambrose took a double victory before departing to the USA

The Pirtek driver left a firm marker before heading to NASCAR, however, as he won both of the Sunday races.

Fittingly, Ambrose led Murphy to the flag in the final, with the Ford’s fastest lap almost a second quicker than that of his bitter rival. 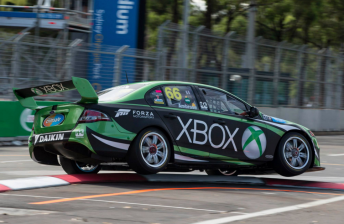 Ambrose struggled upon his return at Sydney Olympic Park

After nine years in NASCAR, Ambrose’s return to V8 Supercars as a wildcard at the end of 2014 garnered enormous attention.

The move coincided with the arrival into the sport of Team Penske, which dispatched a crew of American mechanics to help Dick Johnson Racing field the third car.

With limited pre-event mileage and a new circuit to learn, results were predictably modest, with Ambrose scoring a best of 16th from the three races. 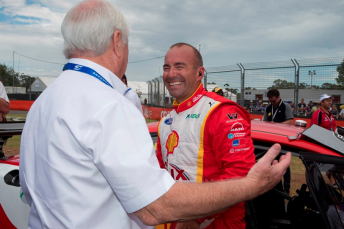 Ambrose and Roger Penske on the grid at the Clipsal 500

Ambrose’s decision to step down from full-time driving just two events into the new season came as an even bigger shock than the original news of his return.

Citing a desire not to hurt the struggling team’s progress while getting himself back up to speed, the move firmly put the spotlight on the category’s extremely limited tyre and testing allocations.

Ambrose’s early exit was made all the more surprising by the fact that he’d made the Top 10 Shootout on Sunday in Adelaide, offering a glimmer of hope to fans that he could return to his winning ways.

What do you rate as Marcos Ambrose’s most memorable V8 Supercars moment?

Vote below on this week’s Pirtek Poll.

Next Story Supercheap backing for Chaz Mostert in 2016