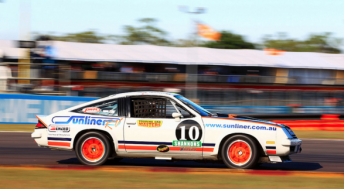 The 42-year-old made 16 consecutive appearances in the V8 Supercars endurance races from 1999 to 2014, impressing with his ability to race competitively despite spending the remainder of the year on the sidelines.

The lack of miles throughout the season, however, saw him dropped by long-time employer Garry Rogers this year, replaced by Dunlop Series regular Chris Pither.

Ritter says he has been trying to put together deals to race other classes for some time and is eager to get behind the wheel of the Tony Hunter-owned Monza.

“I’m looking forward to it,” said Ritter ahead of the season finale.

“Tony was looking for someone to drive the car and we started talking and from there it didn’t take long to put a deal together.

“TCM looks like great fun. The cars are interesting and it’s got huge crowd appeal which is why this has come together. 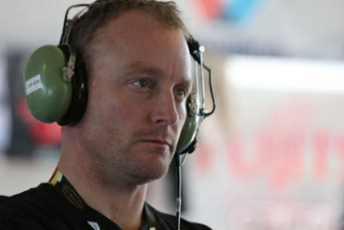 “I’ve been talking to a sponsor for a while now with a view to going into Utes or Development Series, but TCM seems to get as much, if not more, exposure as those at a more cost effective price.”

A plasterer by trade, Ritter is hopeful that he’ll be able to complete next year’s full TCM schedule.

“Phillip Island is a toe in the water for us with a view to a full season next year,” he said.

“I’d like to think I’d be competitive otherwise I wouldn’t do it. The goal would have to be a podium and I think that’s a realistic chance given what people have told me about the car.

“I won’t drive it until the Friday at Phillip Island but it should be good and we should be competitive.”

Ritter’s Monza is among 25 cars entered for the weekend’s TCM round, where Jim Richards and John Bowe will go head-to-head for the title.

AMC Javelin mounted Richards leads the way on 955 points with 180 available at the Island.

Bowe is second on 950, despite missing a round earlier in the year, while Mark King (859), Andrew Miedecke (840) and Eddie Abelnica (802) are all still in mathematical contention.

Glenn Seton, currently seventh in points, will miss the meeting as the Thunder Road Mustang squad makes an early start to its 2016 preparations.

The GTO, which featured in the TransAm races at the recent Muscle Car Masters, spent time as a speedway car during the 1970s before eventually being sent to Australia as a road vehicle.