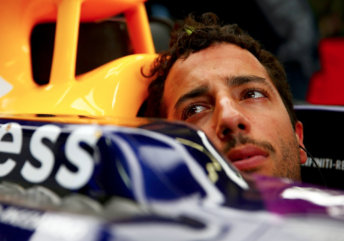 Daniel Ricciardo believes Renault still has plenty of work to do after its latest specification engine showed no signs of improvement.

The Red Bull driver trialled the French manufacturer’s heavily upgraded power unit at this weekend’s Brazilian Grand Prix in the hope it would provide a significant boost in lap time.

However, the Australian has struggled for speed throughout the weekend qualifying well adrift of his team-mate Daniil Kvyat, who is utilising the older specification engine.

To make matters worse the 26-year-old will incur a 10 place grid penalty for changing engine, dropping him to 19th on the grid for the race.

“For the grid penalties no, but for us, getting some clarity on where it is, yes,” said Ricciardo when asked if it was worth adopting the new power unit.

“We have seen it hasn’t really given us anything, so back to the drawing board for Renault.

“We have to try and find some more from it but I don’t regret testing it because we had to try.

“We had to see if there were any positives from it and if what they saw on the dyno was replicating what we felt on track.

“In hindsight, it didn’t give us any lap time, it’s just for now a penalty for a little bit of knowledge.”

With Red Bull closing in on a new engine supplier deal with Renault for next year, Ricciardo is urging the French firm to solve its power and reliability deficiencies.

The Western Australian, who finished third in the championship last year, has been restricted to only two podium finishes this season.

“We need something better, we need to try a different path or something if we’re going to continue together next year,” Ricciardo added.

“I would say the last two years, we have learned a lot with Renault with these power units, but not a lot has equated to lap time.

“Hopefully there are some conclusions to be drawn from this engine and we have only run it for two days, so hopefully there is still something in there we can extract from it.”

Next Story Formula 1 to pay tribute to Paris attack victims