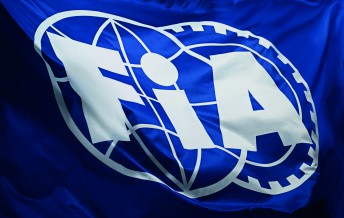 Formula 1 drivers will pay tribute to the victims of the Paris terrorist attacks by wearing black armbands at the Brazilian Grand Prix.

The FIA confirmed the move alongside plans to host an already scheduled minute’s silence to mark the World Day of Remembrance for Road Traffic Victims.

Following the events in Paris on Friday night that saw more than 100 killed, the FIA has altered its plans with drivers adopting black armbands for the drivers’ parade, which will be carried out by a truck adorned with the French flag.

“Because of the horrific terrorist attacks of 13 November in Paris, the ceremony to pay tribute to the casualties of road traffic accidents scheduled for the Brazilian Grand Prix within the framework of the World Day of Remembrance for Road Traffic Victims has been modified,” read a statement from the Pairs based World Motorsport governing body the FIA.

“The drivers’ parade lap will see all competitors wearing a black armband as a sign of mourning and tribute to the victims of the Paris tragedy and as a gesture of solidarity with their families and loved ones.

“In addition, a French flag decorated with a black ribbon will be carried on the truck used during the drivers’ parade.

“Finally, a backdrop prepared for the World Day of Remembrance for Road Traffic Victims will be displayed behind the drivers on the grid at 13h45 (local time) for a minute of silence as a tribute to those who have lost their lives or have been injured in road traffic accidents.”