Australian GT regular Justin McMillan has confirmed a brand new car and the signing of a V8 Supercars driver for next year’s Liqui-Moly Bathurst 12 Hour.

The Melbourne-based businessman will soon take delivery of a Lamborghini Gallardo R-EX from Reiter Engineering as his team returns its focus to the Italian marque.

M Motorsport has been running a Lamborghini Gallardo and a pair of Reiter-built Chevrolet Camaros in Australian GT this year.

The American muscle cars have now been parked after struggling against their more expensive rivals.

The Extenso, similar to the one Queenslander Roger Lago will debut at the Highlands 101 this weekend, will compete at Bathurst in February before running in the Australian GT Sprint Series.

Former Dunlop Series winner Dale Wood, who also drove with the team in 2014, and brother Glen have signed on to co-drive with McMillan at Mount Panorama.

All three drivers will share the team’s Gallardo at this weekend’s Highlands 101, with Glen acting as co-driver in the two AGTC points scoring races before Dale takes over for Sunday’s 101.

“We’ve just concluded a deal with (Reiter in) Europe to campaign a new Gallardo R-EX in the 2016 Australian GT sprint series,” McMillan confirmed.

“As a result I wanted to get back into Lamborghini mode and prepare for that, and also the 12 Hour which is where we will debut the car next year.

“I’m also a lot more comfortable in the Lamborghini at Highlands, and was strong there last year with Richo (Steven Richards).

“I think together with Dale, we’re going to be just as quick this year, if not quicker, so there really was no question we’d take the Gallardo.”

McMillan is confident of a strong run at Bathurst next year after failing to finish in each of the team’s last two attempts.

“I think we could be in for an outstanding result next year,” he said.

“If Dale is behind the wheel late in the race mixing it with the European stars, they could get quite a surprise.” 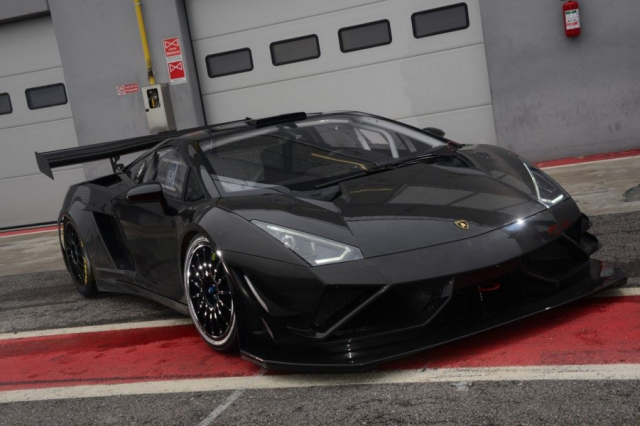 McMillan’s Extenso is yet to arrive in Australia