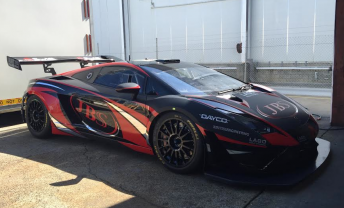 Roger Lago is ready to make his racing return at the Highlands 101 this weekend almost four months after suffering serious injuries in a Porsche Carrera Cup crash.

The Brisbane businessman has been sidelined from motorsport after sustaining broken ribs, a fractured tibia and a punctured lung when his Porsche made heavy contact with the wall at July’s Castrol Edge Townsville 400.

The accident sparked a lengthy recovery process which saw Lago spend two weeks in hospital and undergo a further operation on his knee.

While his recovery is still ongoing, Lago will return to competition at the Australian GT finale at Highlands Park behind the wheel of a brand new Lamborghini Gallardo REX GT3.

The Gallardo was scheduled to make its race debut in the hands of Lago, Craig Lowndes, David Russell and Steve Owen at this year’s Spa 24 Hours, before the campaign was cancelled in the wake of the Townsville incident.

Lago who also suffered ligament and nerve damage in his foot during the crash, completed a successful test at Queensland Raceway in September.

Lago aims to use this weekend meeting as a warm up for February’s Bathurst 12 Hour.

“It was a horrendous crash,” Lago told Speedcafe.com.

“I was in hospital for two weeks and then in bed for two weeks at home. I was in a wheelchair for a bit then on crutches, but every week it gets a little bit better.

“I’m probably five months away from being 100 percent. I’m waiting for the nerves to recover and that is a long process.

“I just want to go to Highlands and stay under the radar and not scratch the thing.

“As soon as I got in the car (at Queensland Raceway) I forgot I had a sore leg, it is funny how the brain takes over when you are racing.

“I didn’t want to go to Bathurst 12 Hour straight after the Townsville meeting so hopefully we can get a bit of confidence back at Highlands and then go to the 12 Hour.”

Lago will be joined for the Highlands 101 by his regular co-driver David Russell.